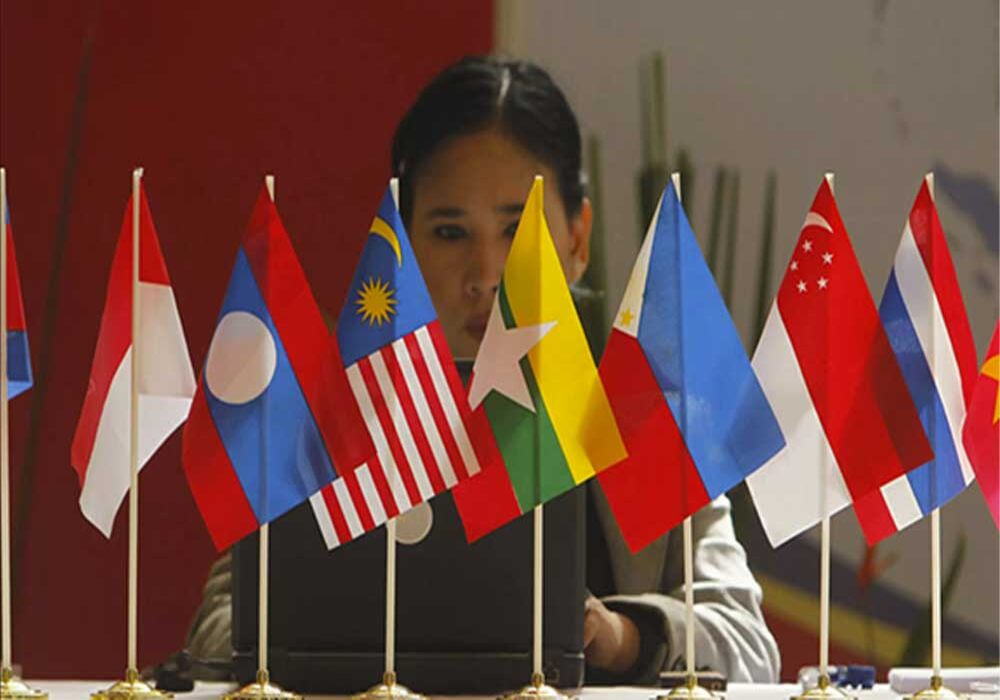 ASEAN Committee Islamabad (ACI) Chairman Ambassador Nguyen Tien Phong on Sunday said that regional integration of ASEAN countries is not only essential for the economic prosperity of the ASEAN region but also important for global economic linkages and connectivity.

In the same month, the foundation of ASEAN was laid on August 8, 1967, he said. The 55th anniversary of this month will be made with the determination that ASEAN will play its full role for economic prosperity, trade integration to promote peace and harmony with the other regions of the world, Chairman Association of SouthEast Asian Nations (ASEANs) Committee Islamabad (ACI)Â  and Ambassador of Vietnam to Pakistan, Nguyen Tien Phong on Sunday told APP here.

While in interview with APP on 55th Anniversary of ASEAN was established in August 8, 1967 ,he said that ASEAN reaffirmed its belief that regionalism and multilateralism are important principles and frameworks of cooperation, and that their strength and value lie in their inclusivity, rules-based nature, and emphasis on mutual benefit and respect.

Meanwhile he informed that the 55th ASEAN Foreign Ministers’ Meeting (AMM) was held on August 3, 2022 in Phnom Penh, Kingdom of Cambodia. The Meeting was chaired by Cambodia under the theme “ASEAN A.C.T.: Addressing Challenges Together.”

He said that in the meeting ASEAN reaffirmed commitment to address its common challenges and to sustain the momentum of ASEAN’s community-building efforts with a strong sense of togetherness.

ASEAN also discussed the need to further strengthen engagement and cooperation with Dialogue Partners and external partners, including through existing ASEAN-led mechanisms, and the importance of ASEAN Centrality, credibility and relevance in maintaining peace, stability, and prosperity in the regional and global endeavours amidst uncertainty and rapid changes in Southeast Asia and beyond. The ASEAN underscored the importance of maintaining ASEAN’s unity and Centrality in its community-building efforts and engagement with external partners, in promoting peace, security and stability as well as in enhancing regional resilience in response to common and emerging challenges, he said.

The ASEAN countries also shown its shared commitment to maintaining and promoting peace, security and stability in the region, as well as to the peaceful resolution of disputes, including full respect for legal and diplomatic processes, without resorting to the threat or use of force, in accordance with the universally recognised principles of international law, including the 1982 United Nations Convention on the Law of the Sea (UNCLOS). ASEAN underscored the importance of seizing the opportunities of the Fourth Industrial Revolution (4IR) with the COVID-19 pandemic having accentuated the urgency for digital transformation.

The Ambassador said that ASEAN’s economic growth could further accelerate to 5.0% in 2022.

Meanwhile, inflows of foreign direct investments to ASEAN reached USD 174.1 billion in 2021, 12.0% of which was among ASEAN Member States, he said. ASEAN were optimistic that macroeconomic fundamentals remain robust and committed to continue working together to ensure the region’s recovery from the COVID-19 pandemic and as well as strengthening its region’s collective resilience and competitiveness in the long run, he said.

The ASEAN were pleased to note the significant recovery in the region’s economy, which expanded by 3.0% in 2021 compared to a 3.2% contraction in 2020. Replying to a question on ASEAN and Pakistan Relations, he said that Pakistan was accorded the status of sectoral dialogue partner of ASEAN at the 26th ASEAN Ministerial Meeting on 23 July 1993.

He said the inaugural meeting of ASEAN-Pakistan Joint Sectoral Dialogue Relations was convened on 5-7 November 1997 in Islamabad to launch the partnership. The inaugural meeting agreed that ASEAN-Pakistan Sectoral Dialogue Partnership would initially cover cooperation in trade, industry, investment, environment, science and technology, drugs and narcotics, tourism and human resources development.

Ambassador Nguyen Tien Phong said that Pakistan acceded to the Treaty of Amity and Cooperation in Southeast Asia on 2 July 2004 in Jakarta. On the same day Pakistan was also admitted as the 24th participant of the ASEAN Regional Forum (ARF).

Foreign Minister Bilawal Bhutto Zardari is now leading a delegation, for the 29th ministerial meeting of ASEAN Regional Forum (ARF) being held in Phnom Penh from August 5, 2022 is a very important and significant in boosting up the tie, play a role of incentives for the relations to be widened and deepened, he said. ASEAN and Pakistan signed the Joint Declaration for Cooperation to Combat Terrorism at the sidelines of the 12th ARF on 29 July 2005 in Vientiane.

He said that in trade, ASEAN and Pakistan have undertaken a Joint Feasibility Study for an ASEAN-Pakistan Free Trade Agreement (FTA) to enhance and expand the overall ASEAN-Pakistan economic engagement. Replying to a question, he said that data from Pakistan showed that Pakistan trade with ASEAN reached approximately USD$11.0 billion in fiscal year 2022.

He was of the view that regional Comprehensive Economic Partnership (RCEP) in which ASEAN plays an important role has huge potential for ASEAN and Pakistan economic, trade, investment to reach a new high level with the shift in paradigm from geo-politics to geo-economic in Pakistan. He said that RCEP came into force on 1 Jan 2022, is a free trade agreement among the Asia-Pacific nations of Australia, Brunei, Cambodia, China, Indonesia, Japan, SouthKorea, Laos, Malaysia, Myanmar, New Zealand, the Philippines, Singapore, Thailand, and Vietnam.

The 15 member countries account for about 30% of the world’s population (2.2 billion people) and 30% of global GDP ($29.7 trillion), making it the largest trade bloc in history. The RCEP includes a mix of high-, middle-, and low-income countries. It is expected to eliminate about 90% of the tariffs on imports between its signatories within 20 years of coming into force, and establish common rules for e-commerce, trade, and intellectual property), he said.