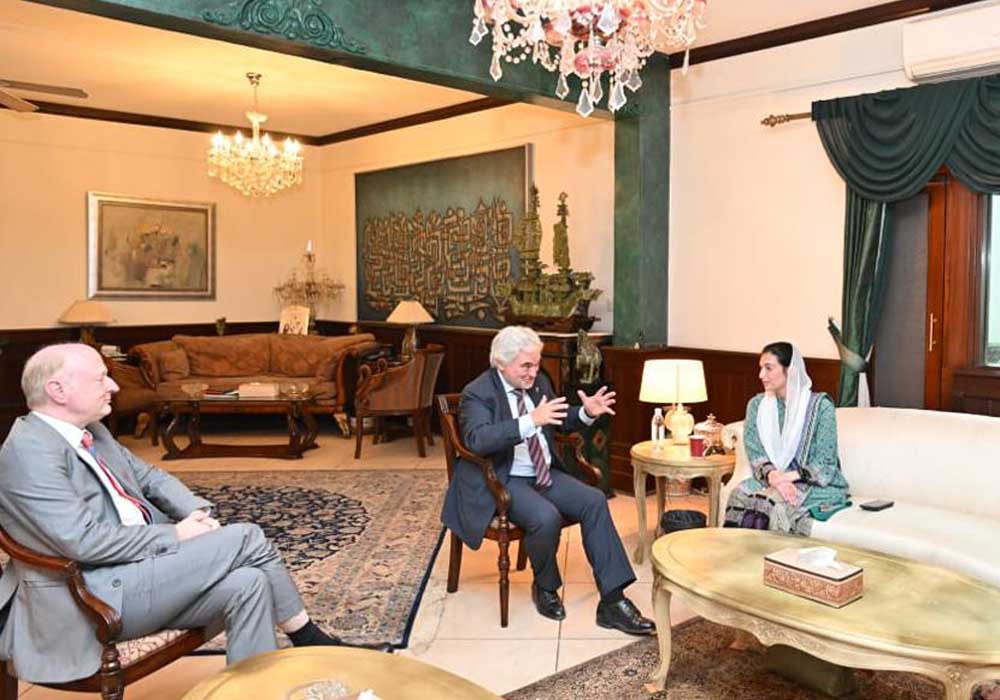 Ambassador of Germany in Pakistan Alfred Granas called on Aseefa Bhutto Zardari at Bilawal House and both exchanged views about issues of mutual interest, including the anti-polio campaign in Pakistan, and Germany’s invaluable support to the programme.

Aseefa Bhutto Zardari also appreciated the government of Germany and its people for extending cooperation and contribution for relief to the people affected by the unprecedented rains and devastating floods in Pakistan, particularly in the Sindh province. She said that Germany has always supported Pakistan and stressed for expanding the friendly ties between the two nations for mutual economic benefits.

Pakistan’s potential for green energy and the importance of diversifying the country’s energy portfolio was also raised. They discussed the importance of human resource development and Germanys support for Vocational training programmes across Pakistan, including the programmes being run at ZABTech. Ambassador Granas was accompanied by Consul General Dr Rudiger Lotz and First Secretary Christian Boettcher while Sindh Health Minister Dr Azra Pechuho and Advisor to Chief Minister for Law and Spokesman of Sindh Government Murtaza Wahab assisted Bibi Aseefa Bhutto Zardari.