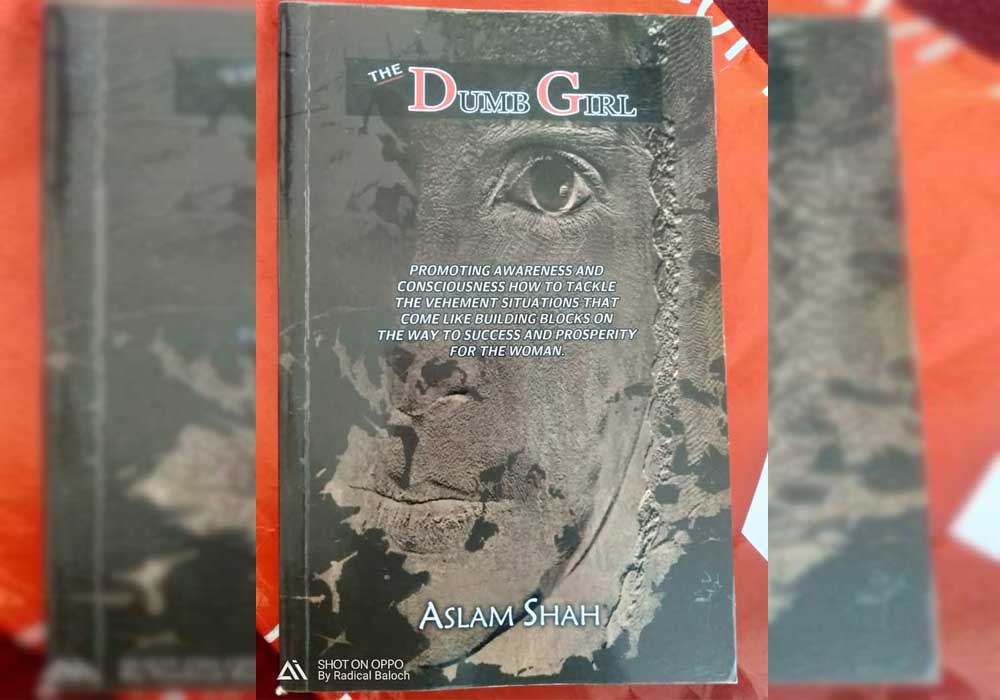 Written by Baloch author Aslam Shah, “Dumb Girl” is a must-read for all those girls and women who feel facing the taboos of life has weakened them. The novel is a perfect dispatch to embolden yourself and have courage to confront the life challenges bravely.

This book is all about the empowerment and rights of women in our society. The author nicely says that it is pioneering for women to be empowered and that they must be given their fundamental human rights. Referring to the book, the girls and the women were often raped and murdered due to bad circumstances in the past, even though they were kept aside from power and were always the victims of unending agonies. The novel renders a powerful argument from the perspective of the writer, emphasising more on women empowerment.

For the most part, the prevention of girls’ education across various parts of Balochistan can be traced to the fact that women’s education seeks little or no attention. Although the world has turned modernised and needs of time have changed, but most of our people’s minds have yet stuck in the past and are reluctant to turn the pages of time. It has ultimately thrown several impacts on women’s education in particular. Aslam Shah’s novel gives women the required courage to get out of the ancestral norms which are outdated and provokes to reshape the societal norms for making the society endorse the changing world.

In such a hard circumstance, Mahalar got to be the first graduated and literate girl of her society which made her different as compare to the other girls of her town. She lived a standardised life thereof and set a target to bring as big a revolution in her nation as she could. After struggling hard, she, eventually, got to her destination. The book, along with women empowerment, teaches us to remain focused on our set goals and show consistency and become committed: that is the secret to getting success in every sphere of life.

As a whole, the novel by the Baloch author advises women that you can play a very gigantic role for developing your nation. As believed, it always needs two to make a sound. By reading this novel, every girl or woman would automatically think of doing something great for her nation. Although there are several outdated norms women have to face, but these taboos can only be curbed when we get in close touch with education. That is how we are going to transform our society into a developed one following our norms and culture in the modern ways.