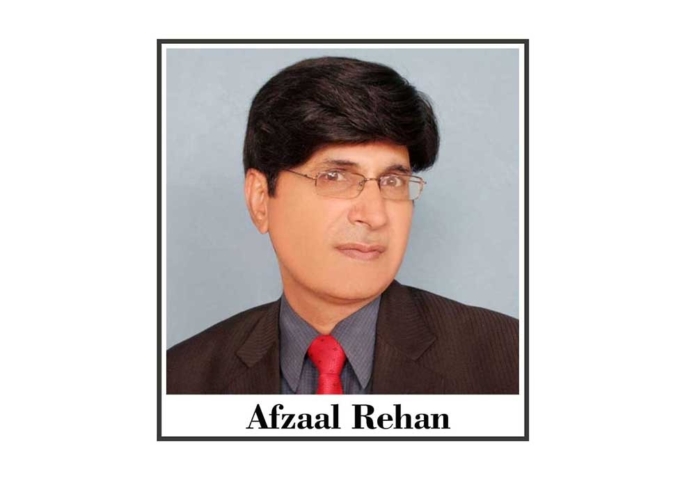 Asma Jahangir was not merely a lawyer but also a well-known, lifelong champion of human rights, civil liberties and democracy. From being libelled as an Indian agent to anti-Pakistan and anti-Islam, she was the target of myriads of malicious slander, but kudos to her, the embodiment of courage, bravery, determination and commitment, she upheld her noble cause. In the wake of unabated campaign of nefarious allegations and not-so-vague threats, the brave lady considered the hurdles a shot in the arm, instead of faltering or recoiling submissively.

The presence of awe-inspiring judges and formidable generals would send a shiver down the spine of many eminent lawyers, while barristers vaunting their male supremacy would be seen kowtowing the powerful clique, but she remained upfront, calling a spade a spade before them.

Once I asked her to tread carefully as religious powers were already hostile to her while she was ready to beard the lion without minding any stake to her fame, she said that this obsession with popularity was their real enemy. ‘Mr. Rehan’ addressing me, she inquired, ‘have you ever seen me dying for such popularity? The truth, how bitter it may be, I will voice for it with tooth and nail and take a stand on it, no matter what happens.’

Today Asma Jahangir is not among us but, as I chance to attend the annual conference attributed to her, and saw that lively atmosphere and inspiring speeches, it is felt Bulleh Shah, a famous Punjabi mystic poet, rightly said about such people that ‘death wouldn’t repose us to the grave; there lies somebody else.’

Doubtlessly, its credit goes to her daughters, coworkers and lawyers who are carrying on her mission with an unfailing commitment to establish a normal liberal society in line with democratic norms, instead of seeing the country falling in the clutches of a hybrid system being imposed from the high. To be upright before the powerful is not expected from sycophant cowards.

With her uncanny nerves, she never tried to pull any punches while facing judges in whose courts she had to appear for relief. It really calls for the gall to come clean before high stakes. Voicing for the missing persons and expressing their agony, only lion-hearted and clean-conscious persons like Mehmood Khan Achakzai and Akhtar Mengal can ask questions from the mighty and powerful circles. It is not the path of bootlickers who make tall claims in peaceful drawing rooms and well-attended conferences, calling Asma Jahangir their role model but avoiding the wrath of the mighty with tactful euphemism. She often guided me. I imagine if she were alive today, she would certainly ask me many pointing questions about this hybrid system and what I had done to challenge it.

Let me say that she had a lifelong ambition to establish an Indo-Pak friendship. From lighting friendship candles at Wagah Border to the restoration of shared cultural and trade links was her goal and she was at the forefront of any effort to bring normality between these two subcontinent neighbours. I imagine that she might ask me, ‘My dear, doesn’t the post you have demanded a role to play to morph the hatred and animosity spread by the selfish clans into love and friendship? And here you too are busy in spreading the poison of hostility more than other sycophants.’

In the conference, when after the speech of Manzoor Pashteen, the slogans for Ali Wazir’s release were raised, she seemed to echo in my ears, ‘Protest where it matters; before those persons who can release Ali Wazir.’We must assure her soul that we would talk to the influential people about such a colossal human tragedy of missing persons.

Today people are asking about the identity of the heaps of rotting dead bodies found on the roof of Nishtar Hospital. Who were those ill-starred persons? Can the government, having the latest technology, establish the identity of those persons and search for their heirs? Doesn’t the fear of Akhtar Mengal carry the weight that they may be kidnapped persons who were ‘vanished and converted into dead bodies?’ Our courts may have a law for the blue-eyed boys but for the hapless masses of this country, there is nothing but deep and thickening silence, permeated with ominous shadows. They can’t seek any legal redress. They are being booked for just asking the questions. The chairman of PTM and his twenty associates were booked in cases for asking about the release of Ali Wazir or for not presenting him before the courts. Have they any human rights?

At Asma Jahangir Conference, many foreign or local scholars, intellectuals, lawyers and human rights activists were addressed. I chanced to meet renowned scholar Dr. Khalid Masood, the former Chairman Islamic Ideological Council. He said that the Muslims would have to adopt a new approach and contemporary outlook, modernizing religious doctrines to be workable in today’s world.

Syed Haider Farooq Maududi is also one of the old associates of Asma Jahangir. Expressing his views on transgender and the puberty age of girls, Haider Farooq argues that these are not religious issues but human tendencies and sensualities. Or puberty may be a subject determined by radiologists. The age of the bone of long-buried corpses excavated in Egypt was determined by radiologists. When a baby is born, his bones are just a clot. It is the issue of X and Y chromosomes. If boys wear a female costumes or vice versa, they show their inborn tendencies. A woman may have male proclivities nonetheless, with hair on her ears stimulating the effect of the predominance of a male chromosomes.

The speech of honourable Justice Qazi Faiz Isa was so thought-provoking and inspiring that even an exclusive column on it may not grasp it. The crux of his detailed speech was that the generals violating the constitution and the judges giving wrong verdicts should be named and criticized. In this regard, the grey, black and white list which he cited showed institutional binding on him, as he avoided naming some of his contemporaries, especially the one who trampled down justice in the near past.