Asma Nabeelâ€™s script brought to light by Wajahat and Shazia

Asma Nabeel emerged on the scene of Pakistani drama industry just a few years back, and earned a wide name in no time for her stories that would put aside bedroom conflicts and address socio-political issues instead.

However, to the misfortune of the show-business, Asma Nabeel passed away at quite a young age after battling breast cancer for some time, but left us with drama serials to relish for long, such as ‘Khaani’, ‘Baandi’, ‘Khuda Mera Bhi Hai’, ‘Damsa’ and ‘Surkh Chandni’, almost all of these dealing with one social issue or another such as the predicaments of unisex children, acid attacks, class differences and the still-prevalent feudal system in some rural areas of Pakistan.

Asma Nabeel’s demise took place this very year, but news is that the last script that she wrote is now being worked on. 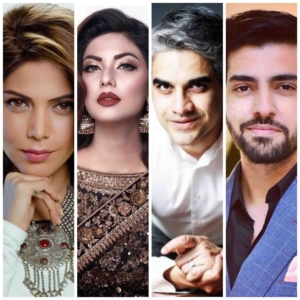 Wajahat Rauf, popular producer and film-maker with notable movies like ‘Karachi Se Lahore’, ‘Lahore Se Aagey’ and ‘Challawa’ to his name, is working on the script along with his wife, Shazia Wajahat under the banner of Showcase Productions.

Wajahat Rauf, in a conversation with Minute Mirror, said that the serial was being made for ARY Digital and stars multiple big names like Hadiqa Kiani, Omair Rana, Sunita Marshall and Furqan Qureshi along with many others. The producer also went on to tell that Najaf Bigrami happens to be directing the serial, the name of which is ‘Pinjra’. On working on a script by a writer who is no more with us, Wajahat Rauf said, “Asma was a true fighter. Even when she was in the hospital, she was working on the script.”

It is from this very statement that one can have an idea of Asma Nabeel’s dedication towards her work. A script that she was working on despite being hospitalized promises a story that will definitely touch the viewers’ hearts, for it will undoubtedly carry all the emotions and pain the writer herself was going through while writing it.

The exact date of the serial’s release hasn’t been announced yet.