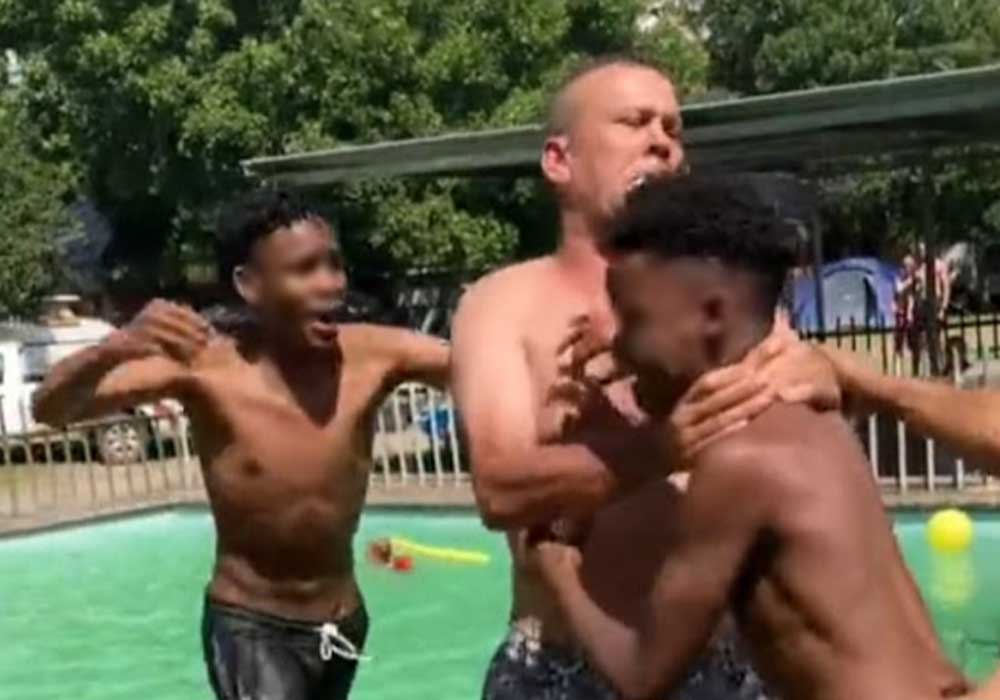 Two Black adolescents were violently attacked by a group of white males at a resort pool on Christmas day in South Africa igniting a public uproar.

The youngsters said the assault began when they were told the pool was for “white people only,” and a cellphone video of the incident quickly went viral on social media.

In a video clip, one man delivered an open hand on the face of a black teenager, another graying white man pulled the hair of another Black teenager while smoking, and one of the men grabbed the taller youth by the head and dragged him into the pool while seemingly attempting to submerge the teenager’s head underwater.

On the other hand, African police arrested three suspects involved in the incident.