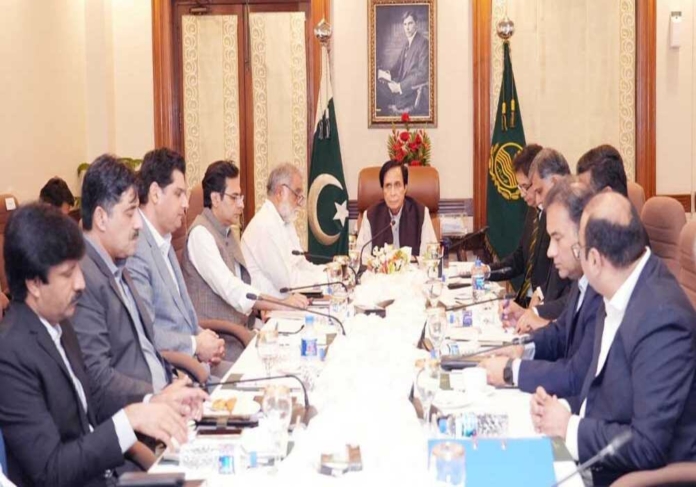 Chief Minister Punjab Chaudhry Parvez Elahi has told the relevant officials that the target fixed for increasing provincial resources be achieved and solid steps be taken in this regard so that people could be provided more facilities through revenue generation.

Elahi chaired a meeting at his office on Thursday which was attended by Finance Minister Mohsin Leghari, former federal minister Moonis Elahi, chief secretary, secretary finance, secretary P&D, secretary C&W and other officials. Progress on provincial ADP as well as financial matters were reviewed in detail. The CM ordered that the target fixed for increasing provincial resources be achieved and solid steps be taken in this regard so that people could be provided more facilities through revenue generation. He also demanded a comprehensive plan for reforms in Punjab Pension Fund and directed that best utilization of the fund be ensured for payment of pensions. The officials concerned should provide a comprehensive plan next week, he instructed and ordered a review of the issuance of Punjab bonds.

A committee was constituted to formulate recommendations with regard to the issuance of Punjab bonds and this committee would present it proposals for the same. The CM directed that ADP-funded projects should be completed in time as it would ensure correct utilization of resources while enabling the people to benefit from the development schemes. He further ordered that public welfare projects should be completed without delay and the pace of work be accelerated on development and welfare oriented schemes.

Similarly, he added that water supply schemes along with health and education projects should also be completed on a priority basis. The Punjab government, he said, believes in delivery, and the achievement of targets within the specified timeline is the responsibility of departments concerned. For this, timely utilization of development resources was essential, he added. The CM asked the departments to ensure timely and correct utilization of released funds. Along with it, increase in growth and investment should also be promoted through private sector. A target of balanced regional growth should be ensured through development strategy, he concluded. The CM was also briefed about financial matters and annual development programme.

Also, Chief Minister Elahi expressed a deep sense of sorrow and grief over the loss of precious human lives due to a fire in a passenger coach near Nooriabad and extended sympathies to the bereaved families. The CM prayed for the speedy recovery of the injured and added that all the sympathies of the Punjab government are with the bereaved families.