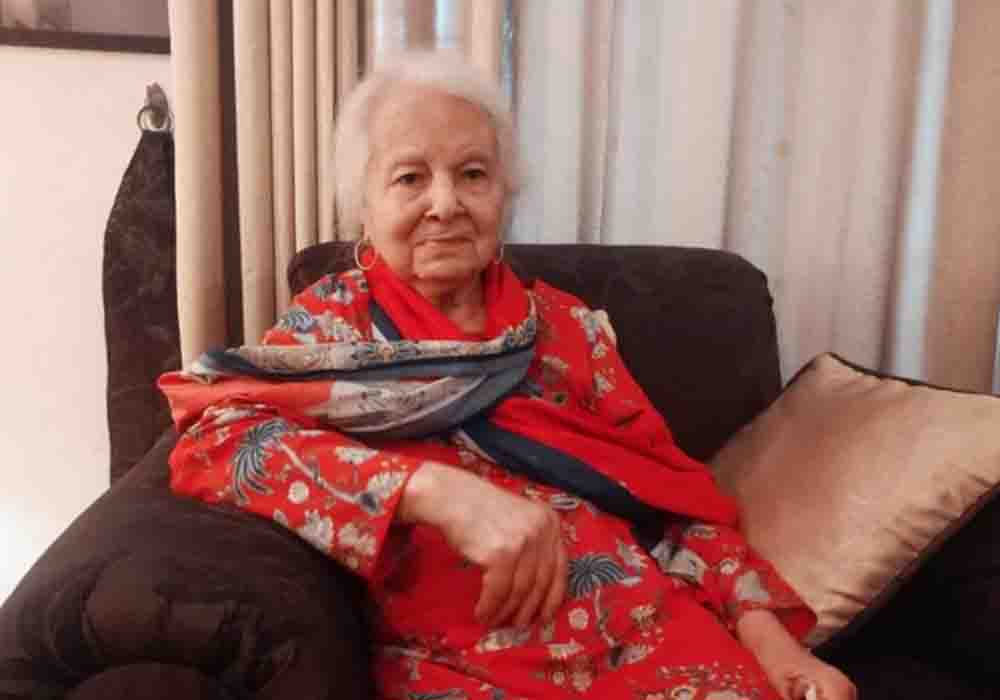 Veteran creative writer, mostly known for working in the genre of short-story writing, Syeda Afra Bukhari left for her heavenly abode on January 3. Her funeral was held in Lahore at her residence.

The demise, apart from her readers, also saddened the journalism fraternity, for her daughter Fatima Ali and her partner Mubashir Bukhari have both been associated with Lahore Press Club as council members, hence resulting in the deceased’s close association with people from various fields of work.

Syeda Afra Bukhari got her last collection of short stories published just last year, titled as ‘Sang-e-Siyaah’. It’s a coincidence that the collection carried both her old and new writings, thus incorporating her journey from her initial days as a creative writer to her experiences to date, however, not visibly conveying the idea that the author has been inclined to compile her important work just a few months before her death.

Reports have said that the author was consciously working on writing down her memoirs in the form of another collection of short stories, which was supposed to be titled ‘Us Ki Zindagi’. It’s rather unfortunate for her admirers that her fictional journey is available to read, but her own perspective on her life in the form of autobiographical stories might not be able to reach them as a result of Afra Bukhari’s death.