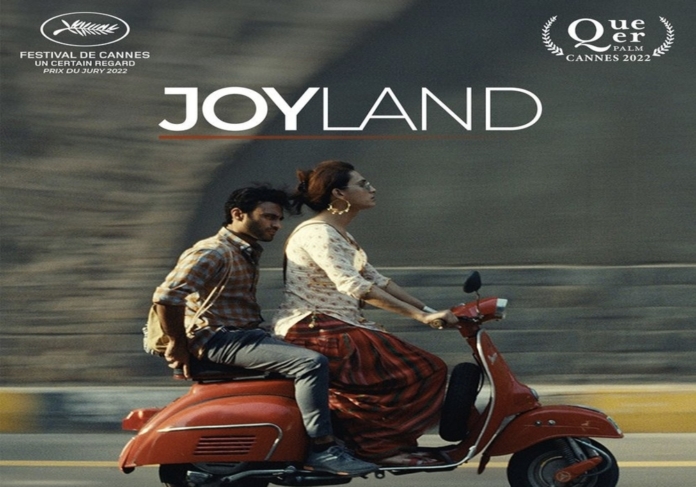 Cannes Award-winning movie Joyland releases its emotion-filled trailer on YouTube and is all set to release in theatres on November 18.

The movie solely focuses on the lives of transgender persons, creating a clear manifestation of their hardships.

A painful analogy of a mosquito falling in love with a chicken and referring to love as “death” opens the trailer. The next scene depicts a couple of transgender people practising dancing moves in a theatre.

Additionally, it stands for the misery and fear of dying. One devastating scene shows a guy mopping a pool of blood, symbolizing how the movie gives both laughter and grief in equal measure.

As the first Pakistani production to ever premiere in the official selection at Cannes, “Joyland” came into the festival as something of a milestone, but it quickly won over audiences on its own tasty merits, taking home the runner-up Grand Prix in Un Certain Regard and beating out Lukas Dhont’s Competition breakout “Close” to win the Queer Palme award.

Some religious elements in the country have also given statements against the release of the movie as they claim it promotes the culture of LGBTQ.

Joyland is made under the banner of Khoosat Films and directed by Saim Siddiq, who is also the writer of the film.