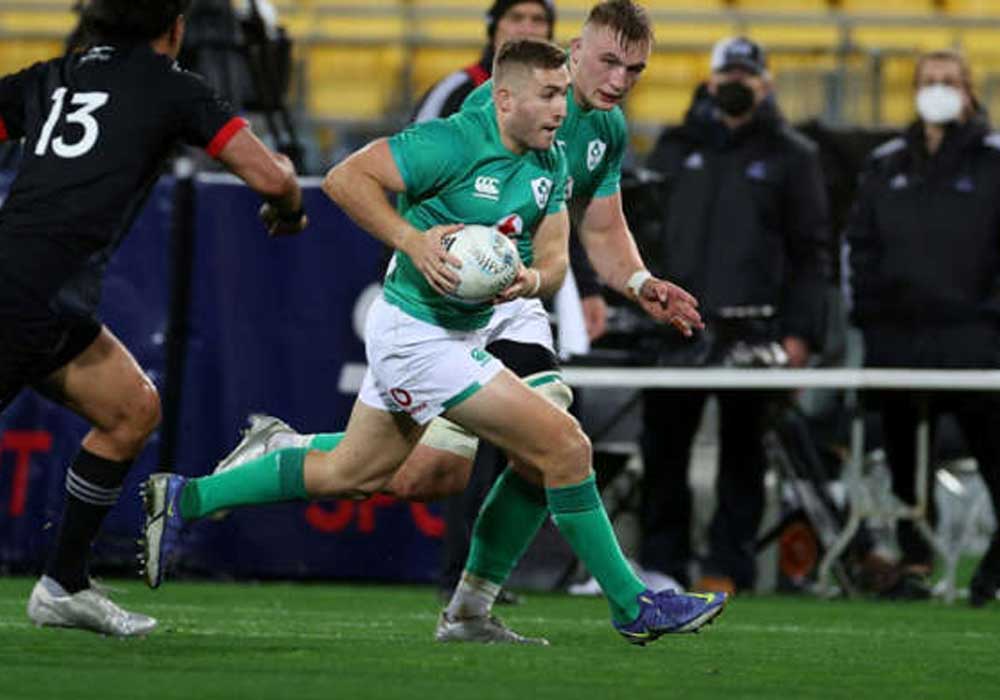 Ireland produced a much-improved performance, headlined by two tries to Jordan Larmour, in a 30-24 win over the Maori all Blacks in Wellington Tuesday. It was the display that pleased coach Andy Farrell as he looked to develop experience throughout his squad ahead of the World Cup next year.

Memories of Irelandâ€™s dismal first week on tour when they lost to the Maori and the All Blacks faded into the background as they completed wins over both sides in the past three days. â€œIâ€™m delighted for the boys. A lot of them have come over here for the first time, theyâ€™ve grown massively over the last three weeks and thatâ€™s what this tour is all about for us,â€ Farrell said. â€œIt was a very mature performance in the way that the young lads managed the game. Territory was obviously vital. We managed to control the game, play in the right parts of the field and we got the reward for that.â€

In a match that produced four yellow cards and a penalty try, the largely second-string Ireland — with only three players in the run-on side having played more than 10 Tests — looked a much more cohesive unit than they did in their first match.

Their opening try to Larmour came from inspired thinking by Keith Earls, the captain for the night, who caught the Maori napping, and the second to Nick Timoney started from a lineout steal at the other end of the field. Defensively, Ireland were quick to shut down attacks by the Maori, forcing multiple errors by a side keen to play a running game despite greasy conditions after a day of heavy rain. They also benefitted from a smart kicking game by halves Craig Casey and Ciaran Frawley.

Maori All Blacks skipper TJ Perenara said his side had their chances but were shut down every time.

â€œWe did create a lot of opportunities out there and thatâ€™s probably whatâ€™s most disappointing that we didnâ€™t execute on that,â€ Perenara said. â€œThe Irish were awesome and when they created opportunities they took them and they punished us for that.â€

Following an early try to Maori wing Shaun Stevenson, smart improvisation by Earls put Ireland in front in the seventh minute. As the Maori forwards slowly made their way to a lineout, Earls threw the ball in quickly to Larmour who raced, untouched, to score under the posts and leaving Frawley with a simple conversion. Frawley was on target again 20 minutes later with a handy penalty. From the restart, when repeated offences saw Cian Prendergast yellow-carded, the Maori preference to kick for the corner rather than take a shot at goal inadvertently turned into more points for Ireland.

The tourists stole the lineout and made their way to the other end of the field where Nick Timoney drove over for the try, Frawley again converted and the Maori All Blacks had Ollie Norris sent to the sin-bin. Another Frawley penalty a minute into the second half increased Irelandâ€™s lead to 20-5 before the Maori All Blacks managed to score for the second time with the penalty try which also saw Larmour yellow-carded for an early tackle.