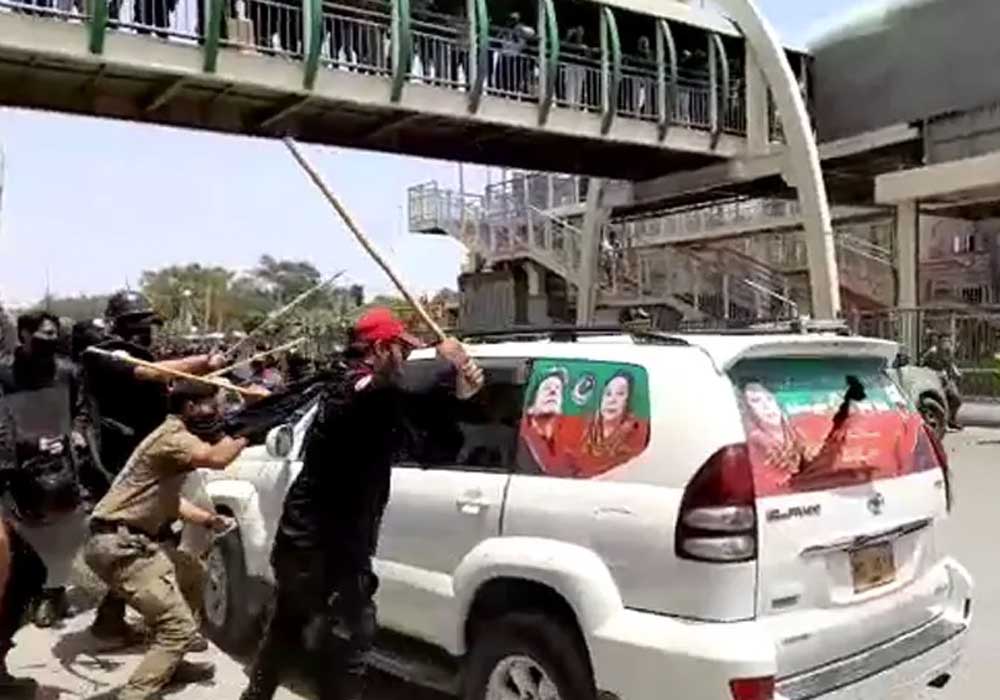 Punjab Home Minister Colonel (retd) Hashim Dogar on Saturday ordered the police authorities to complete inquiries against different police officers facing suspension over charges of torturing the PTI workers for taking part in the Azadi March on May 25.

The home minister directed the authorities to submit a report within a week. The development took place a day after police launched crackdown against the PML-N lawmakers for their alleged involvement in creating hooliganism during the session of the provincial assembly held on April 16 for election of Punjab chief minister. Four superintendents of police (SPs) and seven deputy superintendents of police (DSPs) had been suspended and inquiries had been launched against them for allegedly torturing the PTI and PML-Q leaders and workers on May 25.

However, sources said the police officers were disappointed over the prevailing political situation, while all those facing inquiries had been running from pillar to post to save their careers.

CCPO Lahore Bilal Kamiyana, DIG Operations Suhail Chaudhary and other senior officers were removed from their posts soon as the PTI came into power in Punjab. The senior officers, the sources said, were facing pressure amid toxic political environment.

Dogar said that around 30 police inspectors were given the suspension letters, making it clear that those found guilty in inquiries should be ready to face the music. The minister warned that, in future, no officer would dare to indulge in such activities of torturing political workers while showing political loyalties. Dogar said that time would prove the police officers guilty or innocent through the ongoing inquiries against them.

Just a day before, the police again conducted raids at the residence of PML-N lawmakers in the case related to hooliganism and violence in the Punjab Assembly, but they either hid somewhere or took refugee in Islamabad where the PML-N and its coalition partners are in power. They also approached the Islamabad High Court against their arrest.

However, the home minister is not in the good books of the PTI leaders for publicly making announcements to arrest the PML-N leaders before launching proper crackdown against them. They said that Dogar showed haste and got involved in point scoring instead of taking action against the PML-N leaders. “The PML-N leaders and workers should have been arrested the way the federal government took Shahbaz Gill into custody in Islamabad,” said a PTI leader while coming down hard on Dogar over his strategy.