Vows to cooperate with ECP for free, fair elections 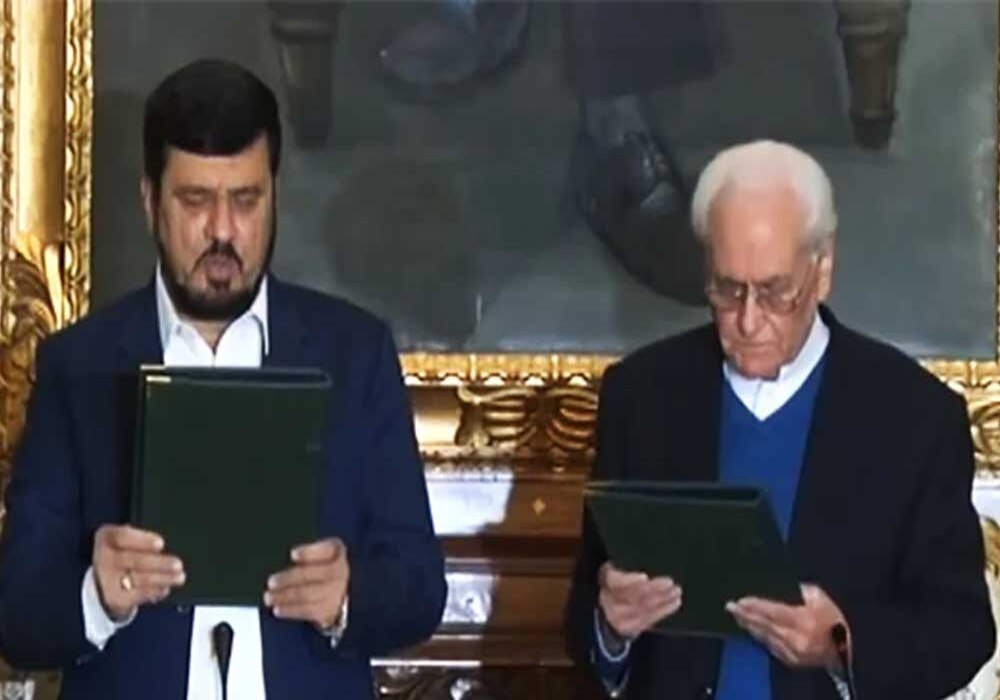 Earlier in the day, Ali formally appointed Khan as the caretaker chief minister of the province in the interim set-up. In a notification, the governor designated Khan for the role under Clause 1a of Section 124 of the Constitution, which states that if the provincial legislature is dissolved under Article 58 or Article 112, “a care-taker chief minister shall be appointed by the governor in consultation with the chief minister and the leader of the opposition in the outgoing provincial assembly”.

The newly appointed caretaker chief minister is a renowned bureaucrat. He has served as KP chief secretary (1990-93), KP finance minister (2007-2008), and has worked on other key posts. Talking to reporters after the appointment, Khan vowed to extend “complete cooperation” to the Election Commission of Pakistan (ECP) for holding “free and fair elections” in the province. He said that efforts would be made to further strengthen the security situation in KP and control inflation in the province.

The KP Assembly stood dissolved on Wednesday after the governor signed and approved the chief minister’s summary for the dissolution of the provincial legislature.

Cheema said that he did not refuse to become caretaker Punjab chief executive, adding that he will accept whatever responsibility is given for the country’s betterment. On Friday, it was reported that Elahi’s nominated candidate Naveed Akram Cheema had refused to become caretaker Punjab chief minister (CM) after being contacted by Pakistan Muslim League Nawaz (PML-N). The government had suggested Cheema and Ahmed Nawaz Sukhera’s names for the caretaker CM’s slot, whereas, the opposition tabled the names of Mohsin Naqvi and Ahad Cheema.

The parliamentary committees of the government and the opposition had failed to reach a consensus on the name for the caretaker Punjab chief minister (CM) slot. ECP sources said that the commission will take a decision under Article 224 and a gazette notification will be issued and forwarded to the president, prime minister and governor.