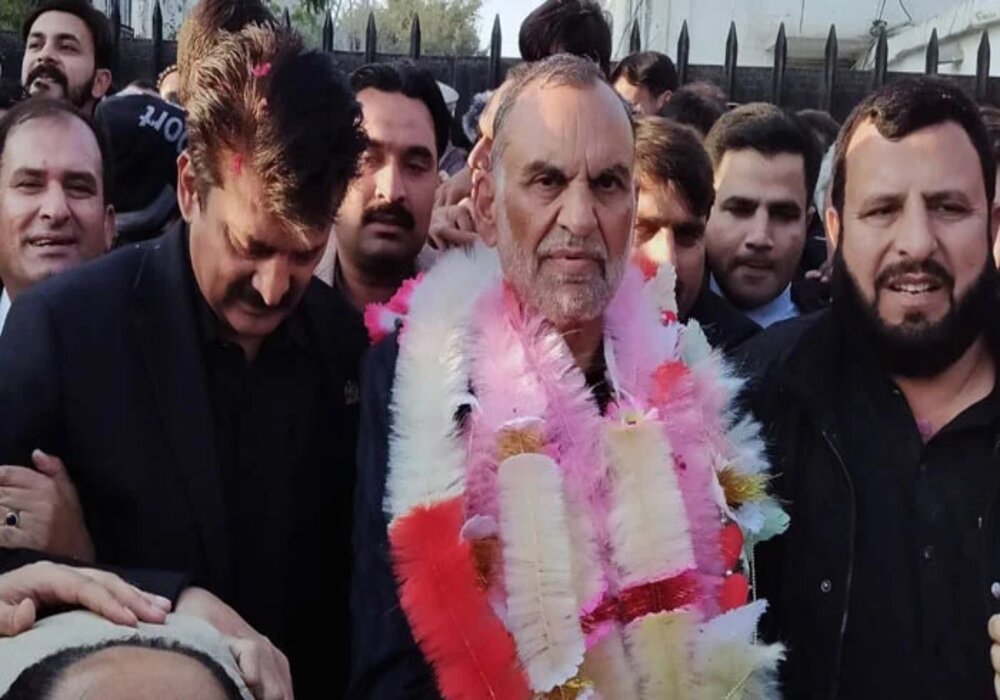 Pakistan Tehreek-e-Insaf (PTI) Senator Azam Swati who was arrested in a controversial tweet case has been released from jail on bail.

The Islamabad High Court (IHC) on Thursday granted bail to Senator Swati on submitting a surety bond of Rs200,000.

On the occasion of his release, a large number of PTI workers welcomed the Senator with flowers. PTI leaders Shahzad Waseem, Shibli Faraz, Saifullah and other leaders were also present on the occasion.

Swati’s son said in the court that his father had written a letter from jail to send the case to another bench. Chief Justice Aamer Farooq said that such letters were not seen by the court in general and told that a larger bench was formed to resolve the matter once and for all.

The Chief Justice said that senior IHC judges were still on leave and they will form a larger bench for next week.

Babar Awan said that he had been directed to withdraw the letter of no confidence on the Chief Justice. At the behest of Azam Swati, his lawyer withdrew the letter.

After the completion of arguments, the court reserved its verdict on the bail plea which was released in the afternoon. The court granted bail to Swati on a bond of Rs200,000.