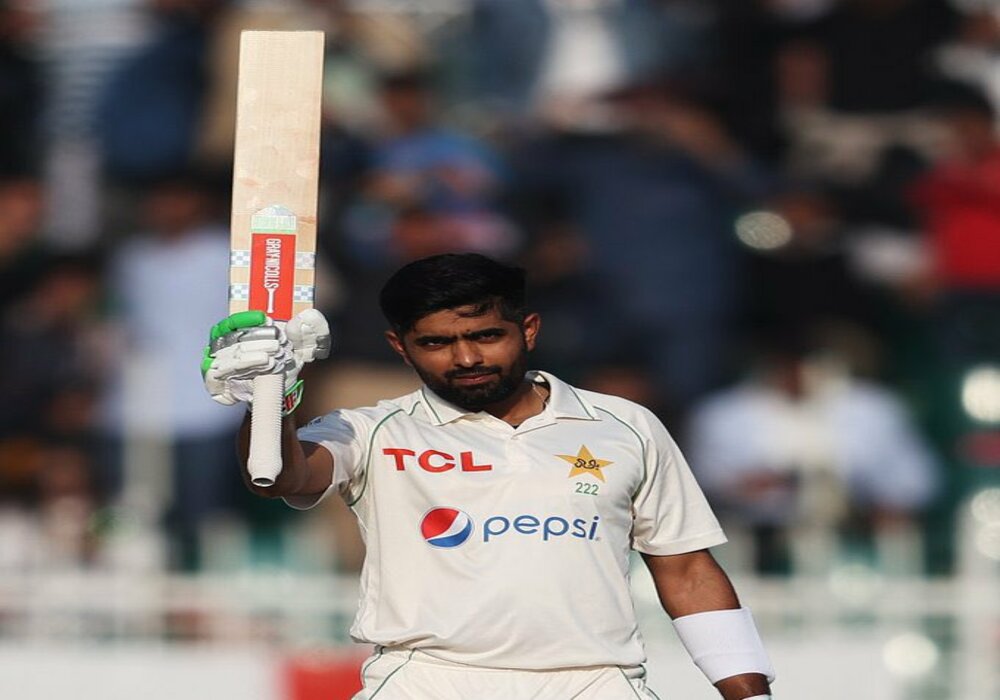 Pakistan skipper Babar Azam stole the show with a superb century before England displayed great grit by taking some crucial wickets to give themselves hope of success in the first Test.

Pakistan end day three on 499-7 with three wickets left in the first innings, Pakistan is 158 runs behind as Abdullah Shafique (114) and Imam-ul-Haq (121) turned overnight fifty into hundreds in an opening stand worth 225.

Babar after hitting his eighth Test century continued to put the tourists through pain before getting caught for 136 by Will Jacks.

The captain and Saud Shakeel (37) put up 123 for the fourth wicket, but four wickets in the tea break made sure England had something to show for a difficult day on the field.

In 14.2 overs, three wickets fell for 62 runs, speeding up the Test’s progress after Pakistan’s slow reply.

Naseem Shah (15) holed out to Leach to give Jacks his third, capping an evening session that England can legitimately claim to have dominated.

Pakistan had already averted the follow-on and had cut the deficit to 158 with two days still to play when bad lighting forced another early day’s finish.