Bairstow resilient as England fight back 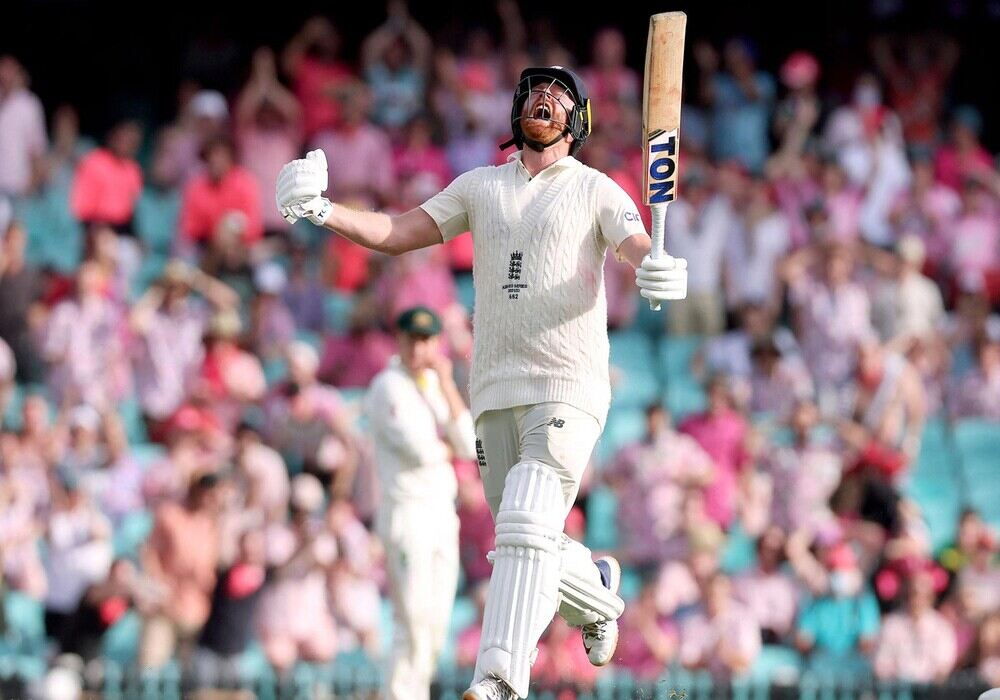 Jonny Bairstow broke through for his first Test hundred in Australia and wincing Ben Stokes reeled off a counter-punching half-century to help England recover from another collapse in the fourth Ashes Test in Sydney on Friday.

At the close England were 258 for seven, with Bairstow unbeaten on 103 with eight fours and three sixes, and Jack Leach not-out four to trail Australia by 158 runs. Yorkshireman Bairstow screamed with delight after he cut Pat Cummins to the ropes to raise his third Ashes Test century, but first Down Under. “I was relieved and overjoyed,” said Bairstow, who received a painful blow on his thumb by a lifter from Australia skipper Cummins. Bairstow reached his ton on the third-last ball of the third day for England’s first century in this series. He and Stokes led a recovery after England were in dire straits at 36 for four. England have already lost the Ashes but they at last showed some fight.

Stokes, grimacing in pain from a side strain picked up while bowling on Thursday, posted his highest score of the series with 66 to share in the rearguard. Stokes dug deep to club nine fours and a massive six off Nathan Lyon over extra cover but the off-spinner had the last word, trapping Stokes plumb lbw with a skidding delivery to end his brave 91-ball knock. The all-rounder had a massive slice of luck on 16 when he was given out, only to win a review when replays showed a Cameron Green delivery actually hit the off-stump but the bail somehow was not dislodged. Stokes shared in a restorative 128-run stand for the fifth wicket with Bairstow to pull England out of the mire. “We’re still in a good position even though there is some uncertainty around the weather. I thought it was a good counter-attack from Stokes and Bairstow,” Australia vice-captain Steve Smith said.

Lusty hitting from Mark Wood gave England further momentum before he was caught by Lyon at backward point off a Cummins lifter for 39 off 41 balls. Wood pointed to the ball coming off his helmet but in the review ‘Snicko’ detected a faint top-edge that then deflected off his helmet.

The fightback came after Scott Boland continued his wicket-taking exploits for Australia with more scalps including England skipper Joe Root for a duck as England’s batting collapsed again in the morning session.

Boland, who took a stunning 6-7 on his Test debut as man-of-the-match in the third Test in Melbourne, knocked over Zak Crawley’s off-stump and then had Root caught in the slips for a seven-ball duck to have the tourists in yet more strife. It got worse for England when Dawid Malan was caught by Usman Khawaja at leg slip for three off Green in a trap set up for the catch. Boland claimed two wickets in his first 19 balls, highlighted by the dismissal of Root, who yet again dabbled outside off-stump and speared a high two-handed catch to Steve Smith at second slip. Boland has now taken nine wickets in the series at just 8.88. He later went for scans after a fall while bowling just before tea, but was later cleared of a rib injury.

Mitchell Starc took his series tally to 15 wickets when he took out Haseeb Hameed’s middle-stump for six with a beautiful delivery. It continued a depressing run of outs by the England openers with stands of 0, 23, 7, 4, 4, 7 and 22. Crawley, dropped on seven, was enjoying a charmed life after a massive reprieve before he had scored late on day two when he was caught by David Warner at slip, only for Starc to be no-balled for over-stepping. But he finally fell for 18 in Boland’s second over.