“Kaur Sisters and Musarrat Nazir romanticized cob of pearl millet in a song; Jass Grewal came up with the idea to introduce it to the current Punjabi generation in form of a movie” 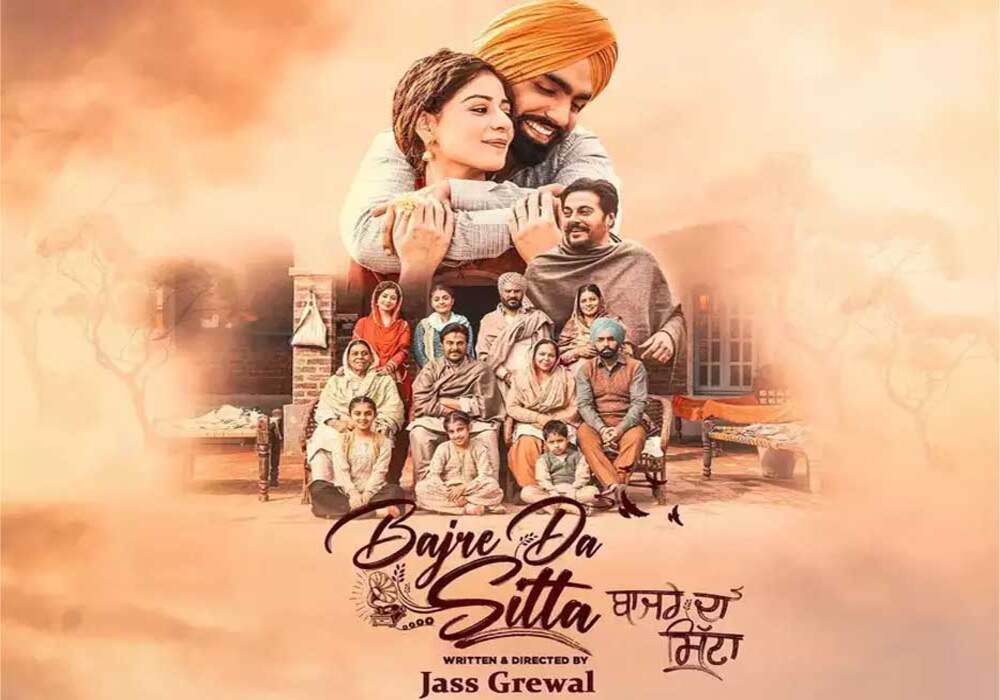 Rural east and west Punjab would widely use the pearl millet as a staple food till late 70s and it is still a main fodder for their livestock.

Perhaps they were Lahore-born Kaur Sisters – Parkash Kaur and Surinder Kaur – and Musarrat Nazir who romanticized pearl millet cob by singing one of the iconic songs of Punjabi language ‘Bajre Da Sitta’.

Years later, Jass Grewal came with the idea to introduce it to the new generation in the form of a movie.

Released a month ago, the story of ‘Bajre Da Sitta’ is set in the 60s.

How Punjabi society and particularly girls launched a struggle against restrictions on singing of women of zamindar families is the main theme of the movie. It makes mockery of the set norms of the time when mothers were blamed for giving birth to girls as grandparents would wish their buffaloes produce female calf and daughter-in-laws deliver boys. Music was presented as soul-healing in the story. Topics of arrange marriage, polio as a deadly disease and the unseen fear of unmarried girls leaving their parents’ home after their wedding gives the movie a nostalgic touch.

Mohammad Rafi’s song narrates if a woman passes a smile to a man, it is considered as if she has started liking him or is falling in love – a sin in Punjabi society in the 60s.

Grewal has already established himself as a successful film writer and penned hits like ‘Afsar’, ‘Daana Paani’, ‘Bailaras’, ‘Rabb Da Radio’, and ‘Bambukat’ in recent years. ‘Bajre Da Sitta’ is the feather in his cap as both a writer and director.

Though Rashmeet Kaur and Deep Kalsi introduced a remake of the iconic classic, imbibing a blend of folk, old school hip-hop and Ikka’s signature rap in January 2021 with over 40 million plus likes on YouTube, the title track of the movie was sung in a somehow old folk style by Jyotica Tangri and Noor Chahal – one of the leading actresses in the film in the role of Basant, and who made her debut along with famous stars of Punjabi industry like Nirmal Rishi, Gugu Gill, Hobby Dhaliwal, BN Sharma and Parkash Gadhu. Leading actor and singer Ammy Virk appeared in the second half of the one hour and 50 minutes long story as a husband of Tania – a relatively new actress who did complete justice with her main character as Roop.

Nostalgic scenes appear like old paintings in the movie, and the credit goes to Ravi Kumar Sana – the cinematographer.

Sung by Noor Chahal and Sargi Man, ‘Teray vallan vichla cheer gali Lahore Di’ [the crease in your hair is like a street of Lahore] is perhaps the most beautiful track of the movie penned by Harmanjit Singh, the young celebrated Punjabi song writer and poet of present time.