For nearly a week, protestors have been sitting outside Governor’s House Quetta, but talks have not begun 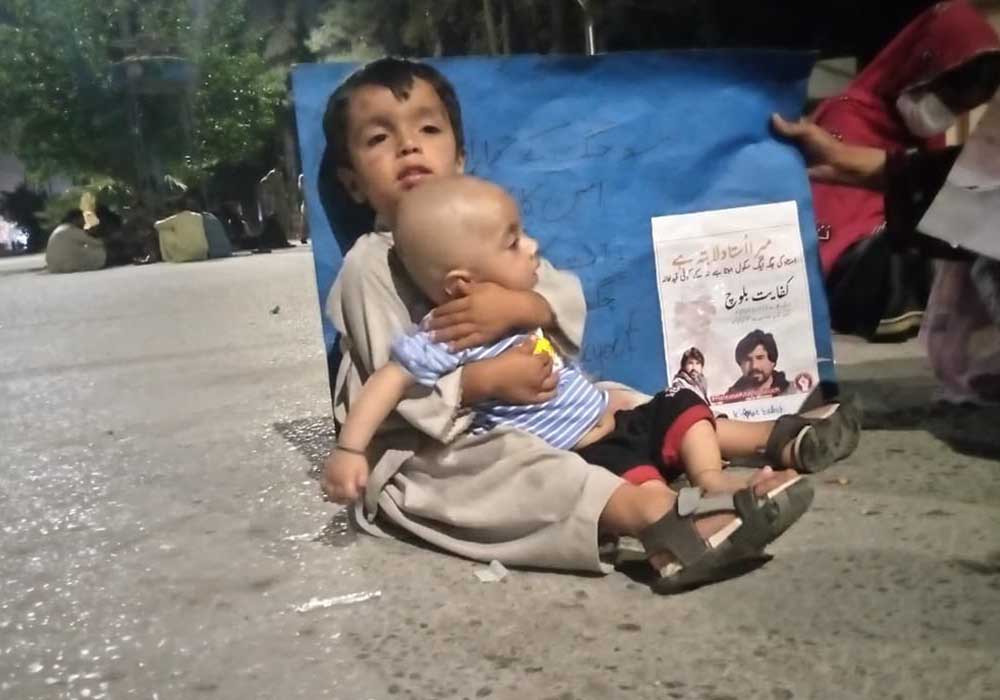 Families of the Baloch missing persons have been sitting continuously for the sixth day on Tuesday (July 26) outside the chief minister and governor’s house in Quetta against the alleged fake encounters of nine – which later increased to 13 – missing persons.

The families claim that the bodies were not of others but the missing persons who were killed in a fake encounter by linking them with banned outfits.

It is pertinent to mention here that,  on July 12, a DHA colonel Laeq Mirza was abducted by the banned Baloch Liberation Army (BLA) when he was on his way to Ziarat with his family from Quetta, along with his cousin Javed. A day later, the banned outfit announced that the colonel and his cousin were under their custody and on July 14, the colonel’s body was recovered. After a few days, Javed’s body was also received from the area. The organization revealed another statement and claimed that they had “successfully left the area after operations began” and killed the colonel and his cousin.

In response, nine dead bodies were alleged to be killed by the state forces that, they said, belonged to BLA. When the bodies were brought to Civil Hospital Quetta, they were gradually identified as the missing persons who, the families claim, were abducted in front of their eyes by the forces and had been under their control. A few days later, four more bodies were brought to the civil hospital taking the number to 13. The bodies were mutilated in a way that their recognition was hard. After seven bodies were recognised.

Families also allege that they were warned to secretly bury the bodies. On the other hand, BLA denied the claims saying that if any single fighter of the organisation was among those killed ones, they would have “proudly endorsed them”. 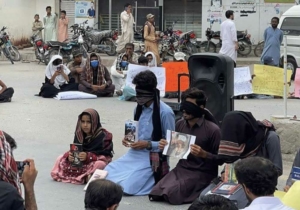 Other than these, Voice for Baloch Missing Persons (VBMP), a non-governmental organisation working for the recovery of missing persons from Balochistan, condemned the encounters, saying that most of their cases were registered with the organisation and were even given to governmental officials. They said that all these were missing persons and their cases were yet pending in the courts. They demanded from the court a fair inquiry on the case by establishing a judicial inquiry commission which has yet not been approved.

When they found their voices were not being heard, on July 21, they marched towards the governor and CM house in Quetta – in the red zone. They were shelled by the police which affected children and elderly people in the protest. “We have no other choice than this,” they said.

For the last six days, they have been sitting outside the governor’s house but negotiations have not been initiated.

Against the police brutalities on the protesters and fake encounters in Ziarat, protests were held in Karachi, Turbat and Islamabad where scores of people joined them. They said that the demands of the families of the Baloch missing persons must be heard and fulfilled.

Shehzad Baloch’s family (Shehzad was one of the victims of the fake encounters) held a press conference during the protesting sit-in saying that his brother was “abducted” from Quetta’s Sariab Road on June 4. On June 27, they held a press conference at Quetta Press Club and on June 30, they recorded a protest in Quetta against Shehzad’s and his friends’ abductions. His friends were released, however, Shehzad’s dead body was received in a fake encounter by forces, they said. They said that Shehzad was a graduate who was applying for jobs and had nothing to do with any organisation working against the state.