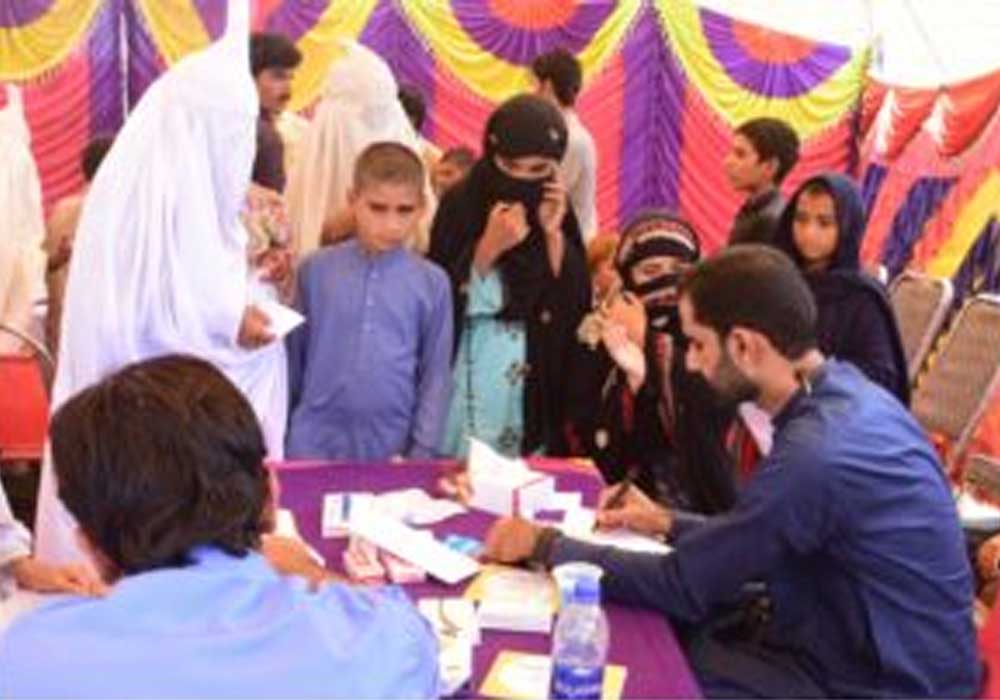 BYC Karachi initiated the relief camps by setting up numerous relief camps after rains had started causing heavy damage to the people of Lasbela. They found the untimely response of the Provincial Disaster Management Authority Balochistan (PDMA) and the National Disaster Management Authority (NDMA) towards the grieving masses of the regions and started their campaigns. In the first phase, they sent various teams to the affected areas to assess what things were majorly required for the people’s survival. They held that the people were in dire need of food, shelter and medicines as the floods had caused diseases to plenty of children. “We sent medicines along with the other prerequisites of the people,” said Amna Baloch, the organiser of BYC.

On the other hand, the Balochistan government claimed that it has sent rescue teams to Lasbela, including an on-air trip of Balochistan Chief Minister, Mir Abdul Quddos Bizenjo. But the locals dispute the claim. Speaking to Kamanchar Baloch, a Baloch photographer and a volunteer of BYC present in Bela, said that they were present there to help the flood victims get out of the situation. When the Minute Mirror team asked him about the governmental response, he answered that “no rescue team from government” had reached there other than BYC which had limited resources to support the people.

Despite few resources, BYC was trying to cover as many areas of affected Balochistan as they could. After successfully helping certain areas of Lasbela, BYC sent a team to the Nasirabad division on Wednesday (August 24) to render their support to the anguished masses by any possible means. “For all this, the support and timely donation of the people will help us cover more and more regions and help Balochistan get out of the present crises,” said Amna Baloch.

Baloch Students Action Committee (BSAC), a progressive student organisation, has also set up multiple camps in parts of Balochistan and Punjab. BSAC’s Quetta Zone held a 3-day donation camp in the provincial capital where they organised eleven relief camps in different areas of the city. They went from home to home and collected various necessary stuff which the people needed the most. Along with home-to-home visits, they also turned from chowk to chowk and road to road to collect as much monetary support as possible to send them to needy people.

Apart from Quetta, the organisation’s Turbat Zone, too, organised a two-day camp in the city’s main chowk where they collected money and things. After the camp was over, they turned from home to home and village to village in the district to gather more relief materials. On Wednesday, a team of the zone turned to Herronk village, some 60 kilometres to the east of Turbat, for setting up a two-day relief camp there and collect materials along with monetary funds.

Besides this, various teams of the organisation set up camps in Hub, Awaran, Mastung and the other parts of Balochistan. While in Taunsa Shareef of Punjab, BSAC’s Dera Ghazi Khan Zone had been working in collaboration with Baloch Raaj, an organization in Baloch areas of Punjab working for bringing unity and promotion of languages of the Baloch nation. Both the organisations set disparate relief camps in DG Khan and Taunsa Shareef where floods had devastated parts of both cities. After the successful collaboration, they unitedly made their way to the affected population and provided them with tents and other requirements.

Overall, the floods have brought great destruction to the people of Baloch areas, beginning from mid-June and continuing till now. More than 230 people have reportedly died. The most affected Baloch regions were Nasirabad, Noshki, Lasbela, Dera Bugti, Taunsa Shareef and the other adjourning areas.