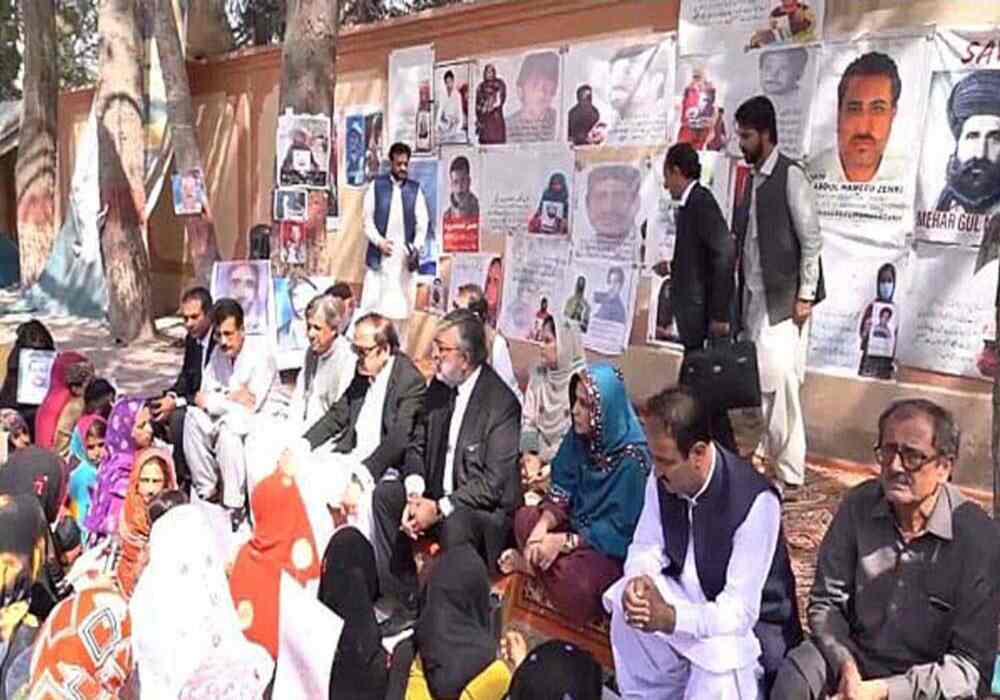 The Federal Cabinet Committee on Missing Persons called on Balochistan Chief Minister Mir Abdul Quddus Bizenjo on his arrival in Quetta on Thursday.

They discussed the issue of missing persons in Balochistan and law and order situation in detail during the meeting. The cabinet committee included Federal Minister for Law Nazir Tarar, Federal Interior Minister Rana Sanaullah and other federal ministers besides Shazia Marri, Agha Hassan Baloch and Senator Kamran Murtaza. On the occasion, Balochistan Chief Minister Mir Abdul Quddus Bizenjo said that the incumbent provincial government sincerely wanted to address issue of missing persons, for which the families of the missing persons staging a sit-in have been repeatedly contacted by the provincial regime with the aim to recover their people.

During this time, on the basis of humanitarian sympathy attitude was maintained with the relatives staging the sit-in, and on their demand, a Judicial Commission for Missing Persons was formed, but no one appeared before the Judicial Commission. The Chief Minister assured all possible cooperation with the cabinet committee on behalf of the provincial government. On this occasion, the federal law minister said that the federal government was striving to solve the problem of missing persons with goodwill and political in order to create an atmosphere of trust between the relatives and the government.

In the meeting, a detailed review of all aspects of the problem of missing persons was taken. In this regard, the Chief Secretary, Additional Chief Secretary Home and IG Police Balochistan gave a briefing to the Cabinet Committee on the background of the problem of missing persons and other related issues. Government efforts and measures regarding the solution and end of the sit-in were informed to the cabinet Committee.

Apart from this, the Cabinet Committee was also briefed in detail about the overall law and order situation in Balochistan. Chief Secretary Balochistan Abdul Aziz Uqaili said that in view of the sensitivity of the issue, the CM has instructed to have a soft and compassionate attitude towards the sit-in participants, while the provincial ministers and officials have met the sit-in participants several times at the government level with an aim to end their protests.

He said that on the demand of the participants of the sit-in, a judicial commission was formulated and with the approval of the provincial cabinet, a high-powered provincial parliamentary committee was formed on the issue of missing persons. The Chief Secretary said that a large number of missing persons have been returned due to the government’s efforts.

It should be noted that Prime Minister Shehbaz Sharif has set up a high authority of the federal cabinet to solve the problem of missing persons on a permanent basis, in which the parliamentary representatives of seven parties and federal ministers were included. Federal Interior Minister Rana Sanaullah said that today was the sixth meeting of the Cabinet Committee and it would submit its recommendations to the Prime Minister to address the problem in positive manner.