At least 268 links roads, 45 bridges restored in the province 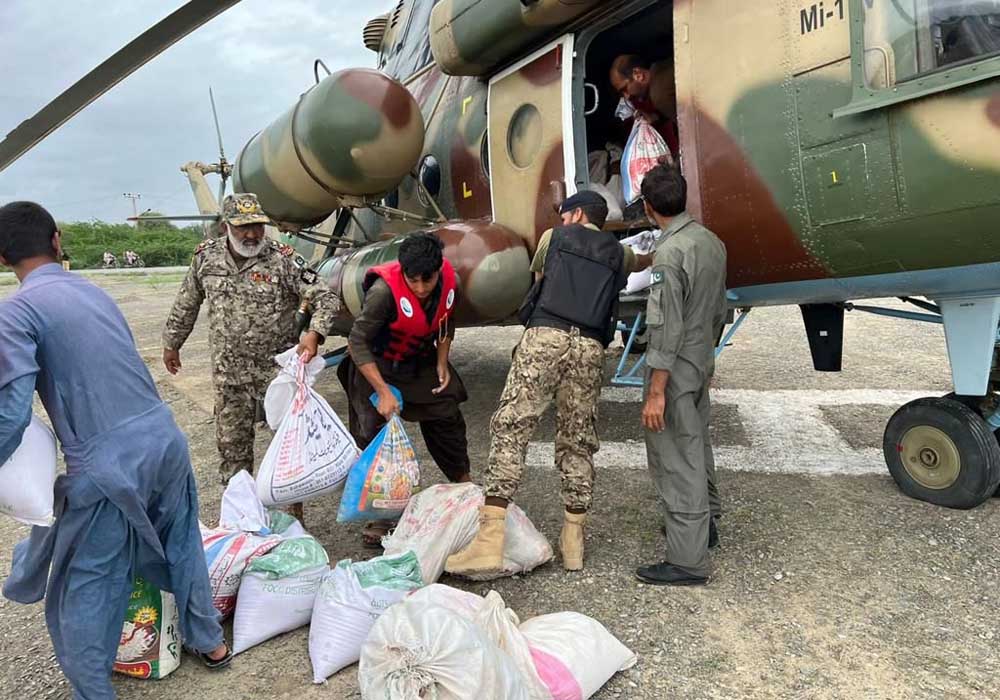 Six more people have been reported dead due to heavy rains and floods in Balochistan, taking the total to 176, PDMA said.

According to data shared by the Provincial Disaster Management Authority (PDMA) six more people, including five men and one woman, have lost their lives due to floods in different regions of Balochistan.

PDMA said that a total of 176 people have been reported dead amid the heavy rains and floods in the province. The total includes 77 men, 44 women and 55 children, PDMA said.

Deaths were reported in Bolan, Quetta, Zhob, Dakki, Khuzdar, Kohlu, Kech, Mastoong, Harnai, Qila Saifullah and Sibbi. Another 75 people, including 48 men, 11 women and 16 children, were injured due to the floods, PDMA said.

Additionally, a total of 23,013 cattle also lost their lives due to the catastrophe while 1,98,461 acres of crops were destroyed amid the natural disaster, the PDMA added.

Tube wells, solar panels and other forms of communication were severely damaged due to the rains.

Earlier in the day, Prime Minister Shehbaz Sharif set up the Prime Minister’s Relief Fund for the flood-affected people and passionately appealed to philanthropists and well-off segments of society to support the flood-hit people with their generous donations.

The donations for the flood affectees can be deposited in Account No: G-12164 of the Prime Minister’s Relief Fund 2022, PM Office’s media wing said in a press release.

The prime minister said that the countrymen had already set a precedent in the world by making generous donations during the 2005 earthquake and 2010 floods to support the affected populace. He stressed that there was a need of showing a suck-like spirit.

The prime minister observed that the historic rainfall triggered a huge catastrophe which badly affected Balochistan province, leaving a trail of unmatched destruction.

Sindh, Khyber Pakhtunkhwa and Punjab provinces were badly hit, he said, adding that despite the difficult financial situation, the government had released Rs5 billion for the flood affectees.

The prime minister while appealing to the wealthy people said that they should support the government’s efforts in the rehabilitation of the affectees. The affected brothers, sisters and children required support with the rekindling of the Ansar-e-Madina-like passion.

The federal government had already declared an emergency in the flood-affected areas. The provincial governments had also been urged to declare them as calamity-hit areas so that relief and rehabilitation efforts could be expedited.

Meanwhile, the Balochistan government has restored 268 link roads out of 342 roads damaged during the recent monsoon rains and floods while 45 out of 72 damaged bridges have also been fully restored.

“A total of 342 different connecting roads of the province were badly affected by the rains and floods,” however various teams working on the relief operation managed to restore about 80 per cent of the roads and bridges connecting Balochistan with the rest of the country,” the communications and works department said on Saturday.

The statements issued by the communications and works department said that various teams belonging to the department are working day and night, restoring the damaged connecting roads and bridges of all the districts of the province.