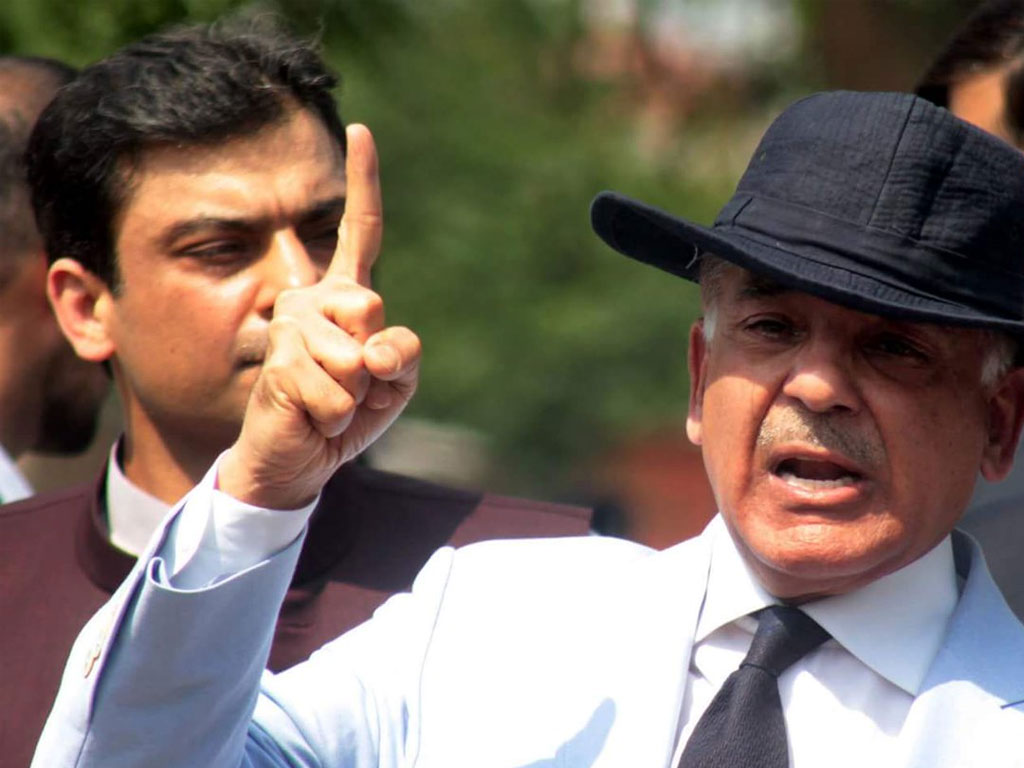 The failure of the respective commercial banks to implement the anti-money laundering (AML) regulations issued by the State Bank of Pakistan (SBP) resulted in the operation of benami accounts by Pakistan Muslim League-Nawaz (PML-N) President Shehbaz Sharif and his son Hamza Shehbaz, the findings of the Federal Investigation (FIA) revealed on Saturday.

The findings suggested that Shehbaz who was then chief minister Punjab and his son Hamza, who was a member of the national assembly (MNA) used the benami accounts to launder money. Benami accounts are ones registered under a name other than the person who derives benefit from it.

“The unhindered operation of these benami accounts had been in fact a failure of the respective commercial banks in implementing the AML regulations, issued by SBP from time to time, especially the AML Regulations 2012, which enjoined enhanced due diligence when accounts are linked to PEPs [politically exposed persons],” read the investigation report.

The report said that the benami account holders lent their identities to open and operate said bank accounts to benefit CEO Ramzan Sugar Mills Hamza and the then CM Punjab Shehbaz.

“In view of these findings, these accounts have been treated as benami accounts and not fake/fictitious-ID accounts,” said the report.

FIA, however, handed a clean chit to the banks in the said case.

The investigators held that, “To investigate the unimpeded operation of these benami accounts, several bankers were investigated. As has already been clearly observed in para 38 of the challan. It is resubmitted that there is no evidence to suggest that these bankers intentionally and voluntarily facilitated, aided or abetted the commission of money-laundering as envisaged under section 3-(d) of the Anti-Money Laundering Act 2010.”

The findings said that the respective banks did not take pecuniary or non-pecuniary benefit for operating the benami accounts. The investigation also cleared the bankers from criminal roles in the whole matter.

However, the agency asked the SBP—the sole regulator—to conduct audit and inspection of all benami accounts opened by or at the behest of the accused persons and take appropriate regulatory action against the bankers if needed.

The investigation said that Shehbaz and Hamza orchestrated and masterminded the crime and committed it for their ultimate benefit.

The FIA had booked Shehbaz and his sons Hamza and Suleman Shehbaz and others over charges of money laundering worth Rs16 billion in November 2020. The agency booked them under Sections 419, 420, 468, 471, 34 and 109 – financial fraud, impersonation, and forgery – of the Pakistan Penal Code (PPC) and 5(2) and 5(3) – criminal misconduct – of the Prevention of Corruption Act and r/w 3/4 of the Anti-Money Laundering Act.

Suleman has been in the UK and did not turn up before the court in the said case. The main accused have been on bail till January 21.