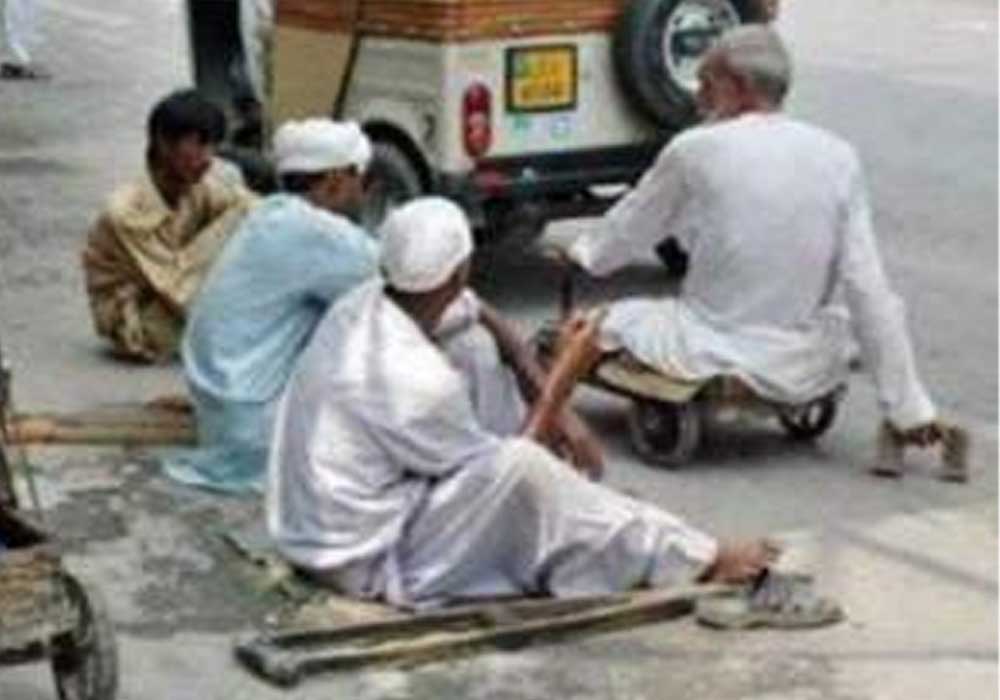 In various wards of Faisalabad’s major government hospital, Allied Hospital, a large number of beggars begging from the relatives of patients has reached its peak.

The security guards are also allegedly involved in allowing entry to the beggars into the wards. The number of beggars increases significantly in the evening and night shifts, irritating the patients and their attendants. Deputy Commissioner Faisalabad issued strict instructions to the Medical Superintendent to take action against beggars on public complaints, on which 28 beggars were detained.

Deputy Commissioner Faisalabad Imran Hamid Sheikh has received various complaints that a large number of beggars go inside the various wards and beg from the patients and their families in Allied Hospital, the largest government hospital in Faisalabad. Due to this the already worried patients and their families are suffering further while the administration has imposed a complete ban on anyone begging within the hospital premises. But despite this, how the scoundrels reach inside the wards is a question mark on the efficiency of the administration.

According to the sources, dozens of beggars have set up their residences in the temporary hostels within the limits of the hospital and they enter the wards in collusion with the security guards outside the wards. And there they collect money under the pretext of begging from the patients and their families, while the number of these beggars increases further in the evening and night shifts because at that time the duty of the administrative officers is off, after which these beggars get free to leave to do their work.

Deputy Commissioner Imran Hamid Sheikh contacted Allied Hospital Medical Superintendent Dr. Arshad Ali Cheema and directed him to take action against beggars in Allied Hospital. On which MS Dr. Arshad Ali Cheema gave the task to Deputy Medical Superintendent (Services) Dr. Imad Ayub to take immediate action against the beggars. Later, Dr. Imad Ayub along with security personnel conducted a grand operation against beggars at Allied Hospital In which 28 beggars living in different temporary hostels have been taken into custody and they have been handed over to the anti-beggars squad of Social Welfare.

According to sources, the security guard assigned to security in the child ward of Allied Hospital has also been suspended, during his duty, the beggar was begging in the ward. Regarding these beggars, it has been revealed that they kept temporary accommodation in the hospital and used to beg in different wards during the evening and night shifts.

The spokesperson of Allied Hospital Dr. Imad Ayub says that no one is allowed to beg in the hospital because begging is a crime. He said that a special meeting has been held with the security officers and officials of the hospital in this regard In which they have been instructed that in the future, if beggars are caught begging on the hospital premises, then departmental action will be taken against the responsible security personnel.