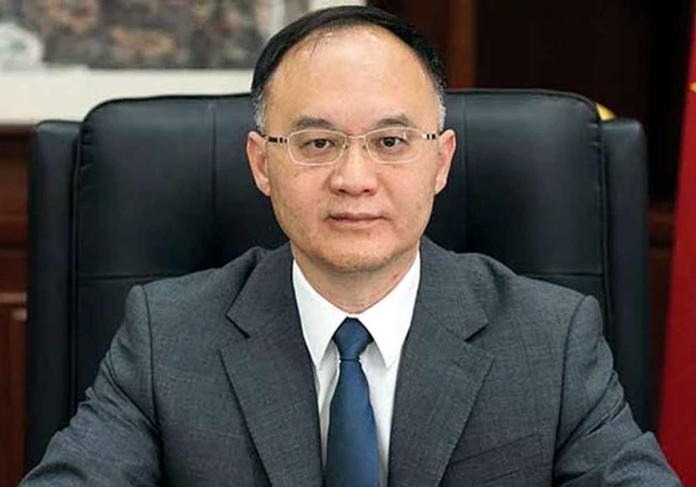 China has asked the US to separate itself from Pakistan-China cooperation and instead concentrate on doing useful things for Pakistan.

The statement comes after China took offense to the US suggestion to Pakistan for restructuring Chinese loans.

The statements of US Secretary of State Antony Blinken, who recommended his Pakistani counterpart, Bilawal Bhutto, to seek debt relief and restructuring from China in the wake of disastrous floods, served as the backdrop for China’s Ambassador to Pakistan Nong Rong’s remarks.

Nong Rong warned the United States in a video speech on his nation’s National Day that some countries should provide actual and useful things for the people of Pakistan, instead of finger-pointing against China-Pakistan collaboration.

The Chinese envoy recalled that China has already given Pakistan over $90 million in aid following the disastrous floods brought on by heavy monsoon rains.

He emphasized that his administration would continue to assist Pakistan in aiding the flood victims.

Nong Rong claimed that China is Pakistan’s most trustworthy iron brother and partner. China has announced the most aid for Pakistan since the disastrous floods there happened, compared to all other nations.

Chinese Foreign Ministry Spokesperson Wang Wenbin, in response to the US secretary of state’s call for debt relief, said that the Chinese government had donated RMB 400 million in humanitarian aid, and China’s civil society has also offered support.

He further said that Pakistan and China have a successful history of economic and financial cooperation, which the Pakistani people are most familiar with.