Karachi/LARKANA: The 55th Foundation Day of Pakistan People's Party (PPP) was celebrated in all tehsil, district and divisional headquarters, including Larkana and Kamber-Shahdadkot on Wednesday. 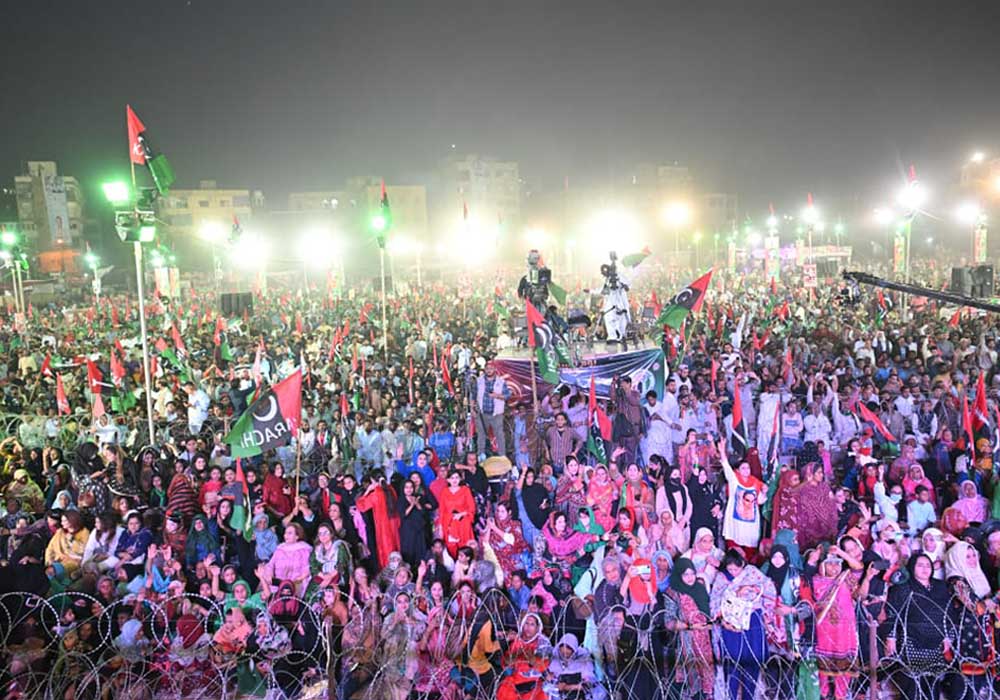 The main function was held at Jinnah Bagh Chowk, Larkana, on Wednesday evening, organized by PPP Larkana district. A cake was also cut on the occasion to mark the foundation day. Advisor to Chief Minister Sindh Mir Aijaz Khan Jakhrani, who is also the President of PPP Larkana Division, presided over the function, which was attended among others by District President PPP Larkana and MNA Khursheed Ahmed Junejo, Aijaz Ahmed Leghari, Khair Muhammad Shaikh, MNA Naseebaan Channa, leaders and workers of PPP and leaders and workers of sister organizations.

Speaking on the occasion, Mir Aijaz Khan Jakhrani paid rich tributes to Zuflikar Ali Bhutto for his services and for founding the party on democratic principles on November 30, 1967. He said the world acknowledged leaders played their vital role in strengthening democracy and sacrificing their lives for the poor and downtrodden people of the country. He said that Shaheed Zulfiqar Ali Bhutto has served the masses by founding PPP.

He said that today, Shaheed Benazir Bhutto is not physically present among us but it is a matter of great satisfaction that President Asif Ali Zardari is keeping her vision and mission intact. Aijaz Jakhrani said that the leadership of PPP, from Shaheed Quaid-e-Awam Zulfikar Ali Bhutto to Shaheed Benazir Bhutto has rendered unprecedented sacrifices to protect the social, economic and political rights of the people of Pakistan.

He said that the present democratic government in Sindh, in the pursuit of the founding principles of PPP and in line with the vision of ZA Bhutto and Shaheed Bneazir Bhutto, has exhibited firm commitment towards the well-being of the people of Pakistan and Sindh. Under the dynamic leadership of Asif Ali Zardari and Bilawal Bhutto Zardari the Provincial government has taken various steps to bring positive change in the lives of common men. MPA Khursheed Ahmed Junejo, Jamil Ahmed Soomro Political Secretary to Chairman PPP, Khair Muhammad Shaikh, MNA Apa Nasibaan Channa, Aamna Jamali and others also spoke on the occasion.