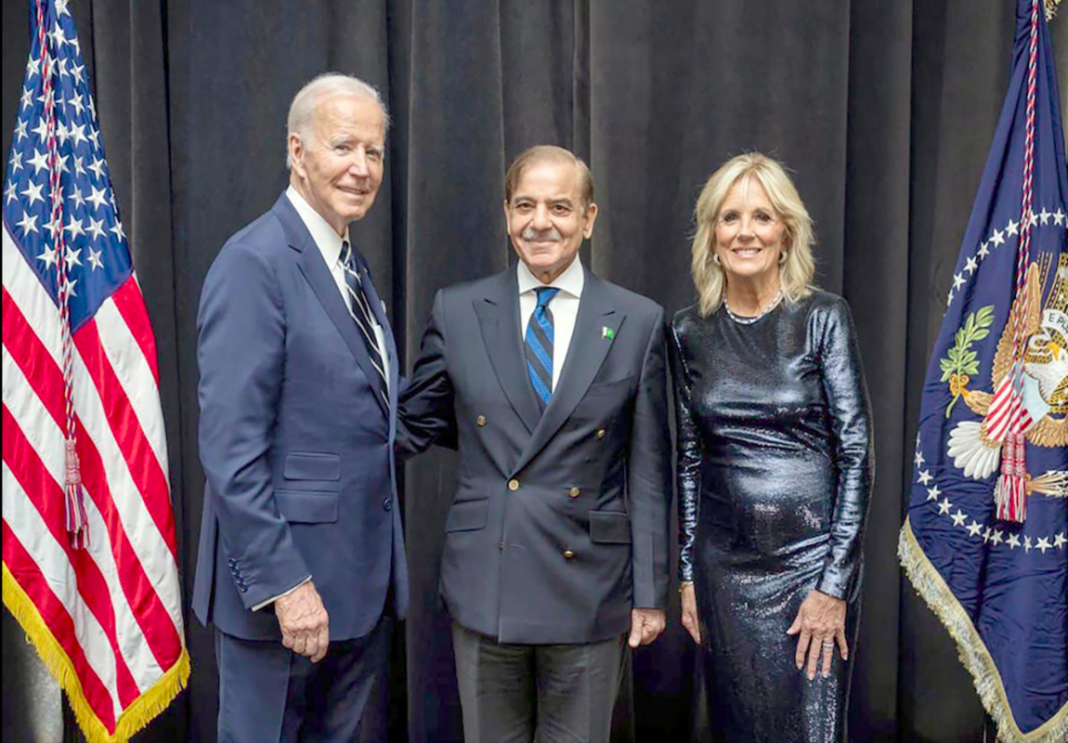 US President Joe Biden, in a meeting with Prime Minister Shehbaz Sharif, expressed
determination to continue extending support to the people affected by floods in Pakistan.
The two leaders met at a reception for world leaders participating in the 77th United Nations General Assembly (UNGA) in New York.

During the meeting, Biden expressed grief and sorrow over the loss of lives due to devastating floods in Pakistan and also sympathised with the affected families. According to an official statement, Shehbaz thanked Biden for his sympathy and solidarity with the flood-hit people.

The prime minister particularly thanked the US president for his message to the international community for support to the flood-affected Pakistan. He also expressed gratitude to the US government and people over the visit of the USAID’s head to Pakistan as well as for sending the relief goods for flood survivors.