FM says there’ll be no compromise on Pakistan’s security 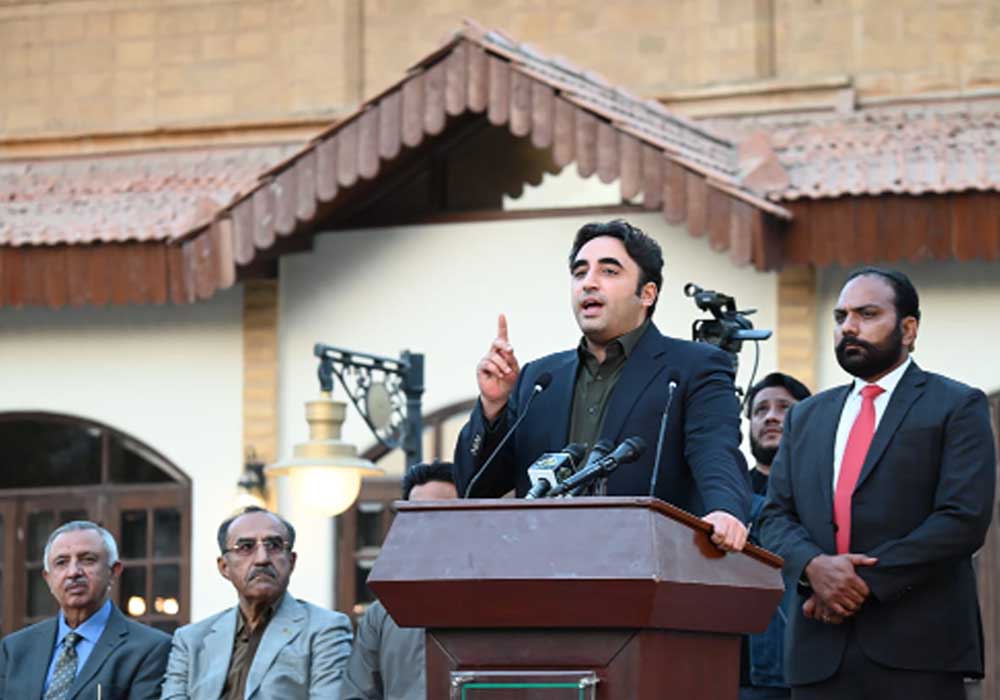 Without taking names, Bilawal spoke about Ehsanullah Ehsan – former spokesperson of the banned Tehreek-e-Taliban Pakistan (TTP) – and stated that the culprits of the Army Public School (APS) Peshawar attack fled abroad during Imran’s tenure. “Terrorists involved in the APS attack got released from the prison and are now giving lectures in Turkiye,” he said while addressing workers of the Pakistan People’s Party (PPP) in Karachi.

In February 2020, Ehsan claimed in an audio message circulating on social media that he was no longer in the state’s custody and has managed to “escape”. A few days later, the development was confirmed by then-interior minister Ijaz Shah, who admitted Ehsan’s escape. “Those who referred to us as an imported government, in fact, imported terrorism. Imran Khan released terrorists from jails,” the FM said, wondering how national security could be compromised. “We fought terrorists in the past and are still ready to fight terrorism. We will defeat terrorists,” he said, underlining that Pakistan would succeed against terrorists despite lack of resources.

Censuring the deposed premier for being an apologist of terrorism, the foreign minister said that Imran Khan made a deal on the martyrs’ blood. “There will be no compromise on Pakistan’s security. We will defeat terrorists and bring peace,” he said.

Talking about the recent spate of terror attacks in the country, Bilawal said the PPP government in the past not only fought against terrorism but also defeated it. Bilawal also expressed optimism that a jiyala – a term politically associated with PPP stalwarts – would become mayor of Karachi in the next month’s local body elections due to the performance of Karachi Metropolitan Corporation (KMC) and hard work of party workers.

“That jiyala is even present in this gathering… We have delivered on our promises and never took a U-turn,” he said. Setting aside the reports that second phase of LG polls in Sindh are likely to be postponed yet again, Bilawal said the elections would be held on their scheduled date, ie January 15, as people were fed up with repeated postponements. “Now their wait is over because municipal elections will be held in Karachi on January 15, 2023.”

Bilawal said he had asked Sindh Chief Minister Murad Ali Shah to thwart all conspiracies and hold LG elections in Karachi and Hyderabad on time “because people are worried about their problems due to absence of local representatives”. The PPP chief said the people of Karachi witnessed how quickly development work was carried out in the metropolis under his party’s administrator.

Bilawal said PPP had fielded candidates belonging to all nationalities in all constituencies of the metropolis for the LG polls. He said his party had no fear of winning or losing, and would accept the results no matter what.