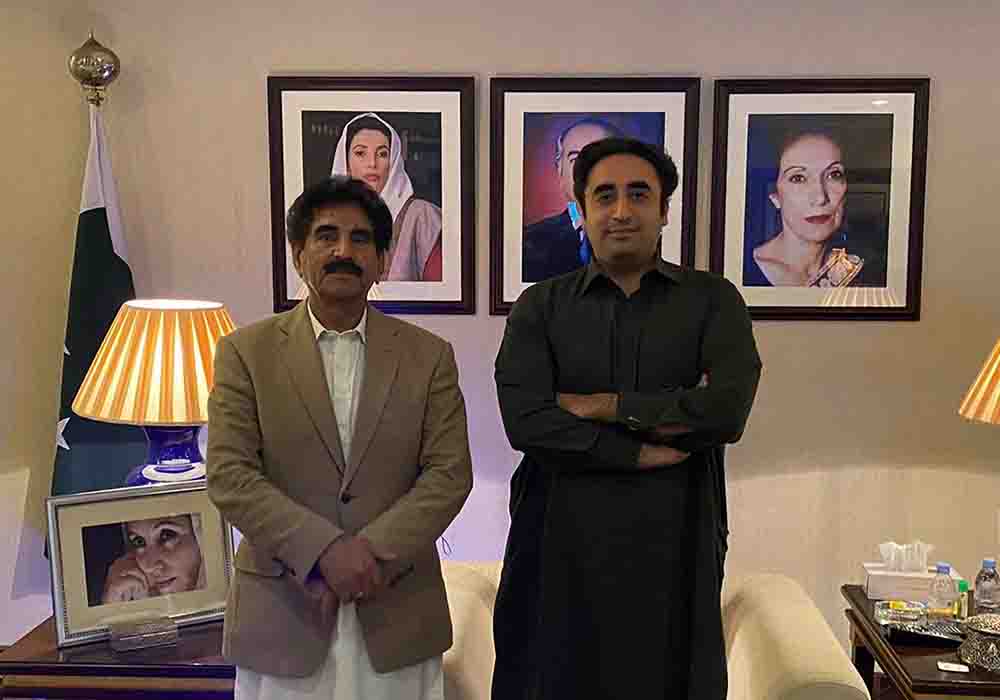 Bilawal announced that he would personally supervise his party’s campaign against inflation across the country with a special focus on Punjab.

“We are going to reorganise the PPP at ward [union council] level in Punjab,” declared the young Bilawal during his visit to Lahore.

His comments came at a time when the PPP candidate Aslam Gill gave a surprising result in the by-polls, securing more than 32,000 votes from the constituency in which he succeeded in getting 5,500 votes only in the 2018 general election.

Although it was a one-on-one contest between the PML-N and the PPP, the results were not less than a surprise to Gill’s critics in the area considered as a citadel of Sharifs.

Bilawal met Aslam Gill in Lahore who is also president of the party’s Lahore chapter along with other prominent leaders, including MPA Hassan Murtaza, Shahzad Cheema and others.

“We will give more surprises in the next election in Punjab with the support of the masses,” said Bilawal, pointing out that PPP is a living reality of Lahore.

Appreciating the party leaders and workers for the hard work in the by-polls, Bilawal said, “Die hard supporters of the party ran an impressive campaign for NA-133 by-polls within a very short time.”

Chaudhary Aslam Gill had earlier briefed the party chairman about the efforts put in to reorganize the party in Punjab and informed him about their campaigns in NA-133.

MPA Syed Hasan Murtaza also briefed Bilawal about the political situation of the province as well as the party’s re-organization. He informed him about the party’s call for protest in Punjab and other parts of the country. The PPP chairman appreciated his efforts for the party’s reorganization and running a campaign for public awareness about inflation.

Bilawal also condemned the increase in power tariff, stating that making electricity more expensive in the name of fuel adjustment charges is an economic murder of the people.

“Billions of rupees had already been looted from the peoples’ pockets by increasing electricity prices,” he said, adding that the government increased the power tariff on the behest of the International Monetary Fund (IMF). “We have been raising our voice against the PTI-IMF deal from day one. Where are those big claims of economic growth today,” asked Bilawal.

The PPP chairman also said that Imran Khan was pushing people into a mire of inflation. “The PPP will hold nationwide protests against inflation today (December 10). The protests would continue till the end of the current government,” he stated.