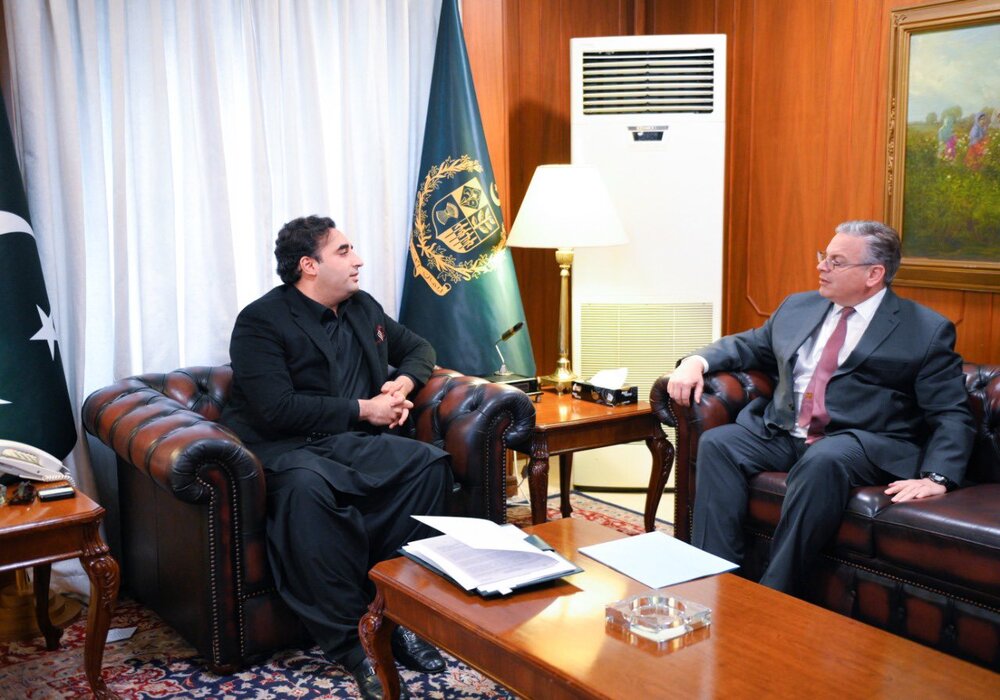 The US Ambassador to Pakistan Donald Blome spoke with Foreign Minister Bilawal Bhutto Zardari on Thursday to address the flood situation in the nation.

The discussion brought to light the worries of the flood-affected people, and Bilawal Bhutto was grateful that the US has announced an additional $100 million for the rehabilitation of the flood victims.

Facilities for Pakistani visa interviews were also reviewed at the meeting. In this regard, Bilawal stated that he had a thorough discussion regarding visa facilities with the US foreign minister and added that this move will not only speed up the application process for visas but will also improve public communication.

Blome reaffirmed his commitment to continue helping the Pakistani people with the rehabilitation of the flood victims throughout the meeting.

Views on bilateral ties and methods to improve cooperation in several sectors, including the China-Pakistan Economic Corridor, were exchanged during the discussion.

The departing Chinese ambassador was congratulated for his service by Bilawal, who also expressed his best wishes for his future undertakings.