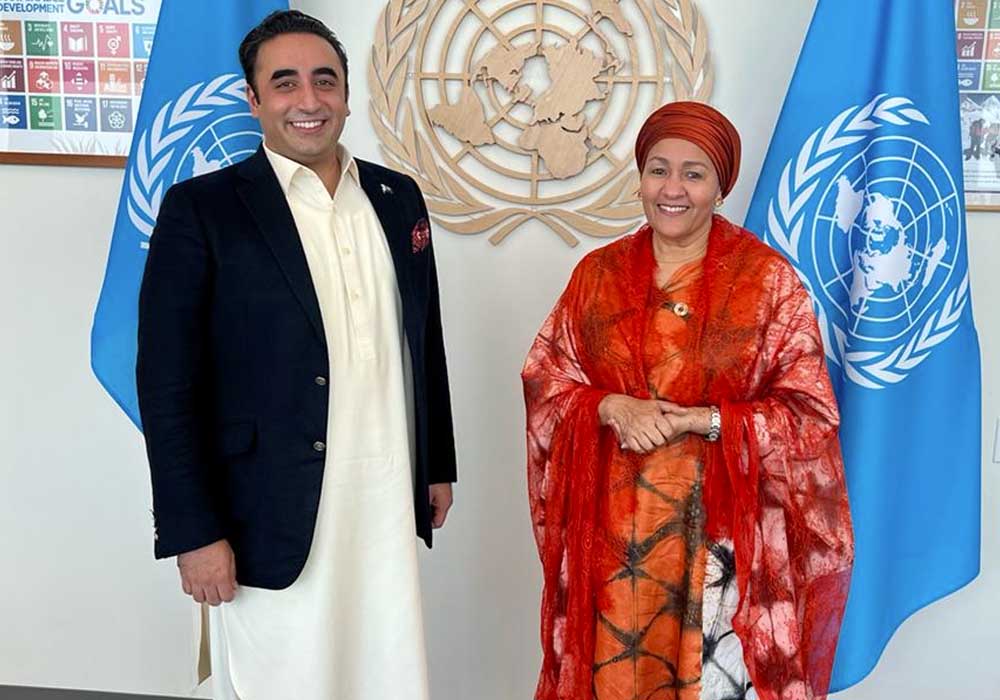 Highlighting India’s atrocities in Kashmir, he said hate politics was being promoted in the neighboring country that was resulting in making lives of religious minorities in India. Speaking to international media, the FM said young population of both nations was desirous of establishing peaceful ties with one another. Criticizing Pakistan Tehreek-e-Insaf (PTI), he added the PTI was not campaigning against army’s involvement in politics but its decision to keep away from unconstitutional interference with the matters pertaining to no-confidence vote against the former Prime Minister Imran Khan. If Mr Khan wanted himself to be called a politician, he must follow democratic norms, he added.

He said it was Pakistan Democratic Movement (PDM) led government’s foremost duty to uphold democracy in the country and strengthen state institutions. Responding to a question, he said PDM led government did not sign any deal with the International Monetary Fund (IMF) but PTI-led government did adding the former government had – after sensing its ouster – brought the country to the brink of default. Speaking about the economic loss incurred by the country due to recent floods, he said Pakistan faced a loss of $30bn – equivalent to 10pc of the country’s GDP. The incumbent government, in the first six months of its tenure, took strict measures to steer the country out of economic doldrums.

Also, Bilawal rejected the United States’ listing of Pakistan as a state of “particular concern” over religious freedoms and pointed out its bias as to how India has escaped the list. The US, in November, had grouped Pakistan along with 11 other countries, including China, Russia, Iran, Saudi Arabia and North Korea, as being states that were “engaged in or (have) tolerated particularly severe violations of religious freedom”. “It does seem that this is a slightly biased and politicised list,” Bilawal Zardari told Channel News Asia in an interview during his official visit to Singapore, posted on its website on Wednesday.

“Otherwise I do wonder why India is not on the list when its human rights, particularly religious freedom for their Muslim minority” had been a source of concern internationally, he said. “Another ally of the US in the Middle East  which perpetuates curbs against (its) Muslim minority (and) Palestine” also did not make the list, FM Bilawal added, referring to Israel. Nonetheless, he acknowledged Pakistan’s longstanding issues with religious extremism and violence, and pledged his government’s commitment to tackle them.

“(We) don’t need America to point out the problems that we in Pakistan face with religious extremism, with terrorism. That is a cause that is dear to my heart,” he added. Bilawal said, “We’re absolutely cognizant of the challenges we face. And we’re serious about facing those challenges.”