Bilawal to whip up support for party in Punjab 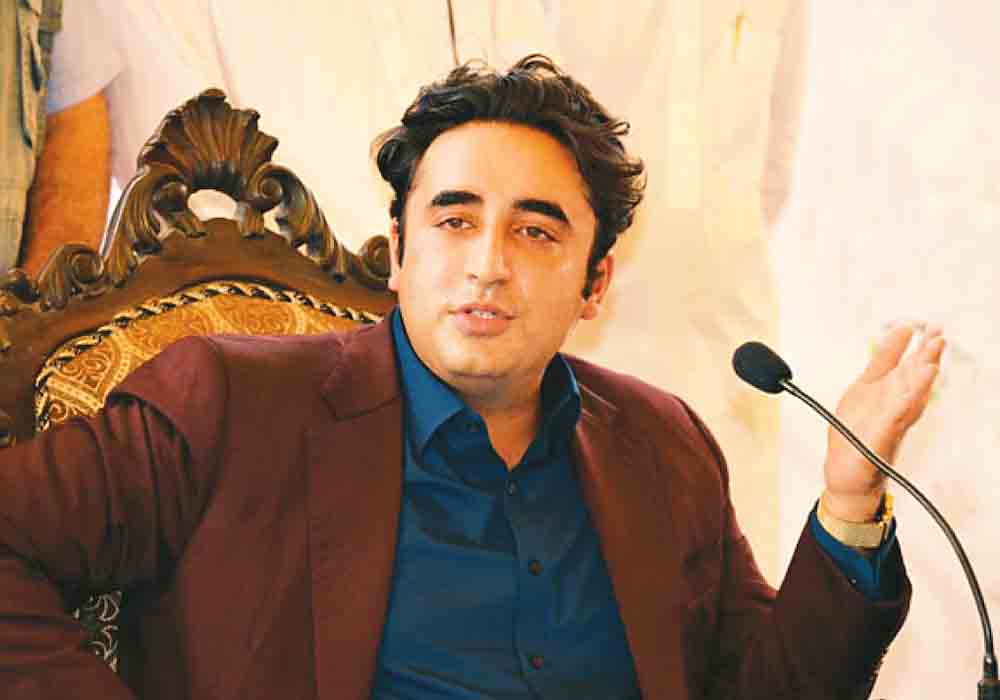 Pakistan People’s Party (PPP) Chairman Bilawal Bhutto Zardari is eyeing a visit of every tehsil of Punjab to woo maximum number of voters in anticipation of the general elections that are being predicted for the next year.

The PPP chairman, who is camping in Lahore for the last couple of days at Bilawal House, has been meeting the party’s leaders from central Punjab in a bid to fulfill his prediction of the party’s revival in the province.

“The political opponents will come to know that it is the PPP that does the real politics of the masses,” Bilawal said while talking to PPP workers in Lahore on Sunday. He also said that he would visit every tehsil of Punjab soon to get back the old jiyalas of the party.

“We will raise the flag of PPP again in every house of Punjab where it used to be raised in the past,” he asserted. “Every person who had ever chanted the slogan of Jiye Bhutto in his life will be with us soon,” Bilawal said while speaking to the workers on Sunday in Lahore. He further added that the PPP’s slogan of ‘Roti, Kapra aur Makaan’ is as relevant today as it used to be in the 70s.

He claimed that only the PPP can give employment to the people of Punjab. “We don’t have any personal fight with anyone as PPP does politics for the rights of the masses,” he said. He also congratulated the workers of different political parties who have joined the PPP again. More than 180 workers hailing from PTI, PML-N, PML-Q and Jamaat-e-Islami joined the PPP recently and they all were present at Bilawal House on Sunday.

Former prime minister Raja Pervaiz Ashraf, MPA Hassan Murtaza, Shehzad Saeed Cheema, Ali Badar and PPP Lahore chapter President Ch Aslam Gill were also present on the occasion. According to the insiders, the PPP has decided to woo maximum number of voters in Punjab ahead of the next general elections. The recently held by-elections in NA-133 have given a boost to the party. The party’s candidate, Ch Aslam Gill got six times more votes than he got in 2018 general elections.

Gill’s vote bank increased from 3 percent to 40%, as the vote tally increased from just 5,500 votes to over 32,000 votes in an election that witnessed an extremely low turnout of just 18.5%.

The PPP leadership, including Asif Zardari, has termed the NA-133 by-elections as a comeback of the party in the province. The result of NA-133 gave an impetus to the party and therefore it is actively campaigning to get maximum votes in the next by-elections of PP-206 Khanewal scheduled for this week.

The party’s stalwart and former prime minister Syed Yousaf Raza Gillani is closely monitoring Khanewal’s by-poll, and his son MPA Ali Haider Gillani is in the constituency for the campaign of party’s candidate. It is really important for the party to get sizeable seats from Punjab if it really wants to form the government in the centre as Punjab remains the political battlefield every time.