PM Shehbaz says 2.5 times increase in volume of assistance programme made in view of gross damages to infrastructure, crops 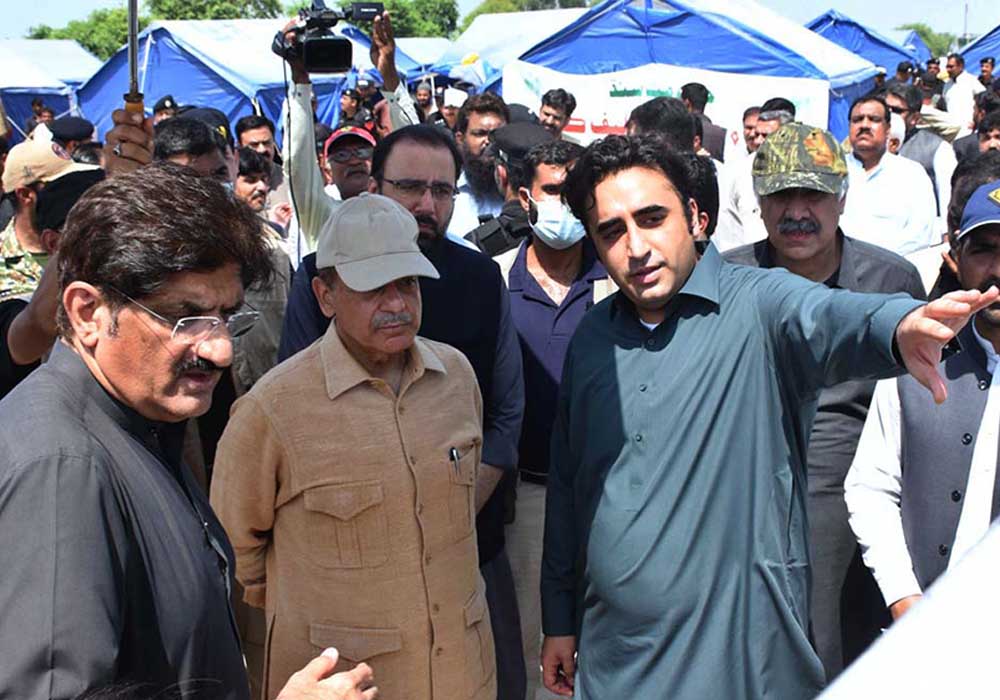 Prime Minister Shehbaz Sharif on Monday said the government had decided to increase the flood relief assistance under the Benazir Income Support Programme (BISP) from the existing Rs28 billion to Rs70 billion.

The 2.5 times increase in the volume of the assistance programme has been made in view of the gross damages to infrastructure and crops in the wake of flash floods.

Speaking during his visit to the relief camp set up in Qambar Shahdadkot, he said the country witnessed unprecedented loss due to floods. He mentioned that the compensation amount of Rs25,000 was being given to each flood-affected family to help them recover their financial losses.

He expressed concern that the cotton crop in the flood-hit areas of Sindh, which was means of livelihood for locals, was entirely damaged by floods.

He said joint efforts at the national level were the need of the hour to mitigate the suffering of the flood-affected people.

He said provision of shelter to the displaced persons was direly needed, adding that the government had placed the order for the purchase of 7 million tents.

Medical camps, he said, had also been set up at the relief camps to avert the spread of diseases.

The prime minister expressed gratitude to the friendly countries for extending assistance to Pakistan following the flood losses. He said the magnitude of the disaster was bigger than the capacity of the country to effectively cope.

He urged the nation, including intelligentsia and the media, to focus on the flood situation and set aside highlighting politics for later times.

Shehbaz interacted with the affected people at the relief camp and distributed among them cheques of compensation money.

Advertisement
Share
Facebook
Twitter
WhatsApp
Email
Print
Previous articleFaisalabad: only 41 ventilators for 7.7 million people
Next articleMaryam to kick off public rallies ahead of by-elections in Punjab