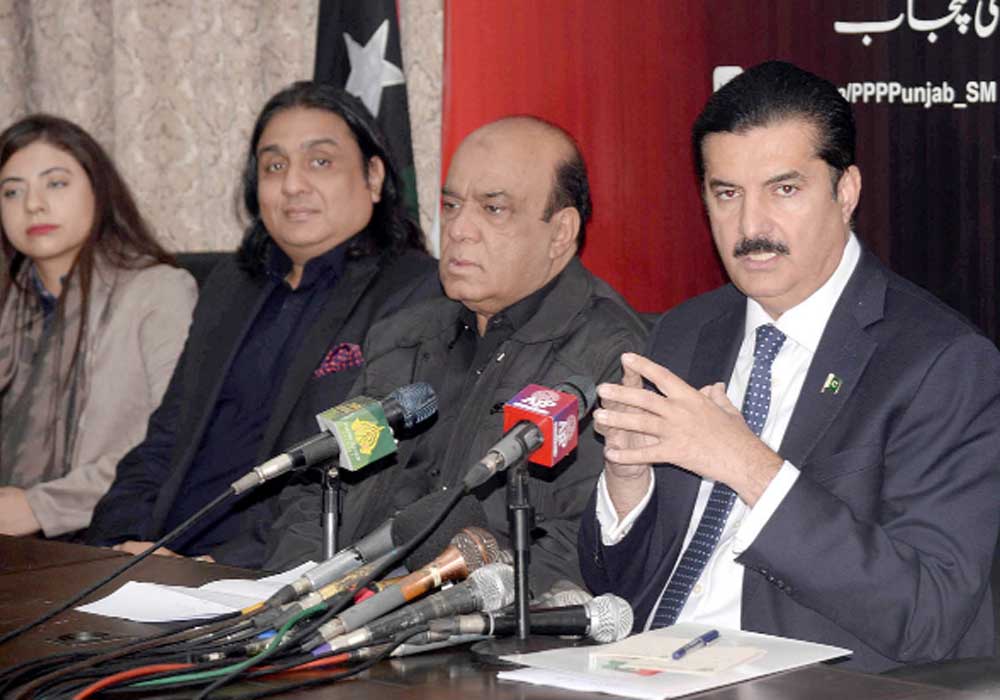 He announced this while addressing a press conference at Pakistan People’s Party Central Punjab Secretariat. He also said every tehsil headquarter has has BISP office. He also announced that government will restore around 8 lakh to 9 lakh BISP cards blocked by the PTI government. He said government up till now had distributed more than Rs 8.5 billion among the flood victims of Punjab. After coming in to power biggest issue faced by the government was rehabilitation of flood affectees.

Kundi said that flood victims are waiting for the aid of Rs 15 billion announced by former Prime Minister Imran Khan adding that many areas of Sindh are still in water. He said twenty two districts of Sindh and 4 from KP and three of Punjab are affected by flood. He claimed that chief minister Sindh’s work in floods is better than work of chief minister’s of other provinces. While answering the question regarding default Kundi said that we should trust Ishaq Dar who is finance minister that Pakistan is not going to default. He said we are trying to put Pakistani economy on the right path which is a difficult task.

He claimed that PTI wants governor rule in Khyber Pakhtunkhwa. He said chief minister KP was unable to tell why he is not going to home. He said Imran Khan is seeing dreams of technocrat government. He said Shah Mahmmod had announced on the floor of the House that he is resigning. Regarding Bilawal Bhutto’s America visit Kundi said that Bilawal Bhutto’ s visits to America are always fruitful. On the other hand Whenever Imran Khan Khan visits America his visits are for immunity and he resides in Ambassadors house. Kundi further said that Imran Khan damaged Pakistan’s relation with China, Saudi Arab and other friendly countries as well as neighbours.

While answering a question on the political situation in Punjab PPP central leader and former deputy speaker said that if chief minister Punjab Pervez Elahi don’t get the vote of confidence opposition will bring vote of no confidence against him. Kundi said that Imran Khan is not clear on the date of elections adding that first Imran Khan said that elections will be held in March and April and then he said that he is not seeing any elections. PPP is ready to contest elections. He asked the opposition to sit together and bring electoral reforms and reforms in national accountability law. The press conference was attended by Mian ayub, Altaf Qureshi, Ahsan Rizvi, Jawad Farooq, Nayab Jan, Dr Javed Jan and Zeeshan Shami.