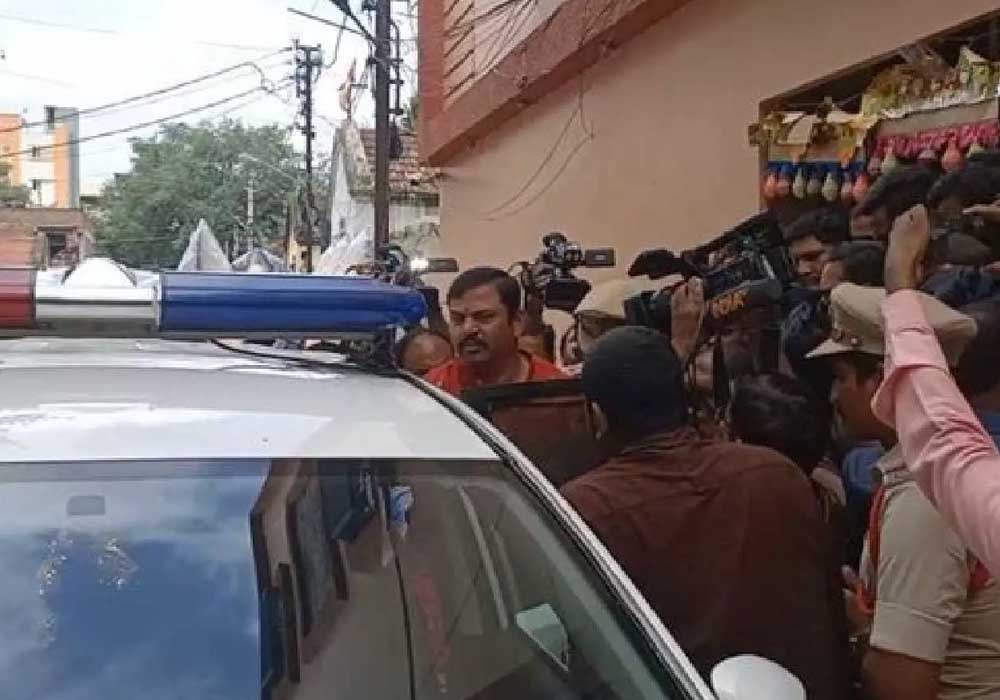 A Bharatiya Janata Party (BJP) member and controversial figure T Raja Singh, was detained on August 23 in Hyderabad after being charged with making “blasphemous” remarks against Prophet Muhammad (PBUH).

On Monday, following a demonstration in Hyderabad, India, an FIR was filed calling for action against him.

According to Indian media reports, Singh was purportedly heard insulting Islam and Muslims in a video that went viral on social media.

Raja Singh was arrested from his home by the Task Force of the Hyderabad police commissioner.

According to officials, the video of Raja Singh, which insulted the Muslim community, is also being taken off.

Raja Singh reacted defiantly to the FIR filed against him on Tuesday morning, claiming it was a comedy video directed at stand-up comedian Munawar Faruqui and not against any one faith or group of people.

A number of Muslim organizations have protested in front of several police stations in the city, calling for the arrest of the two-time MLA who claims he released the video in response to Munawar Faruqui’s show that took place in Hyderabad on Sunday.