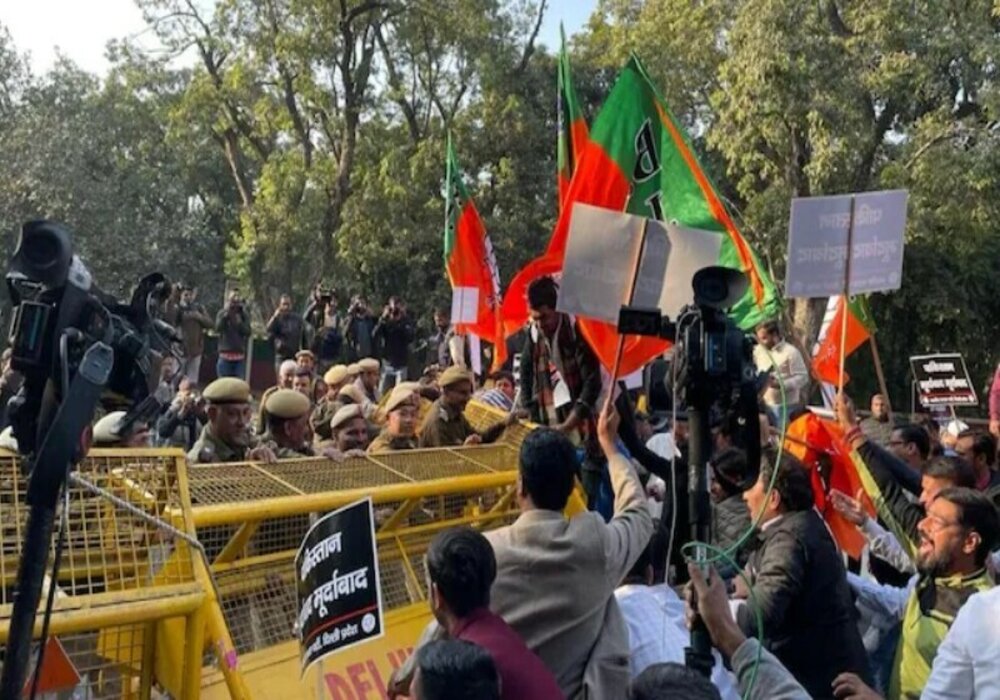 In response to statements made by Pakistani Foreign Minister Bilawal Bhutto Zardari regarding Indian Prime Minister Narendra Modi, members of Bharatiya Janata Party (BJP) demonstrated against Pakistan on Friday near the embassy in New Delhi, according to reports in Indian media.

In a briefing at the UN, the day before FM Bilawal had addressed his Indian counterpart’s claims that Pakistan was supporting terrorism and harbouring Osama bin Laden.

Bilawal remarked, “I would like to remind Mr. Jaishankar that Osama bin Laden is dead but the butcher of Gujarat lives and he is the prime minister.”

To prevent the BJP workers from moving toward the Pakistan embassy the Delhi police erected barriers. However the demonstrators managed to get past the initial set of barricades and started marching in the direction of the embassy, according to the media report.

The Indian media report furthered that the police had dispersed the demonstrators at the second set of barricades erected in the Chanakyapuri neighbourhood. There were also water cannons in the area. The police also apprehended a few BJP members.

The words of Bilawal were harshly criticized by the Indian government. India’s foreign ministry told local media that Pakistan lacked the qualifications to throw aspersions against India.

Jaishankar spoke to the media at a UN stakeout location minutes before FM Bilawal’s briefing on Thursday repeating his claims that Pakistan was hosting Osama bin Laden. He also addressed the comments made by Hina Rabbani Khar on Wednesday in Islamabad in which she had referred to India as the main perpetrator of terrorism.

“When Hillary Clinton, then US secretary of state, visited Islamabad more than ten years ago she had cautioned Pakistan that if you have snakes in your garden you cannot expect them to bite just your neighbours,” Jaishankar said upon Khar’s comments.