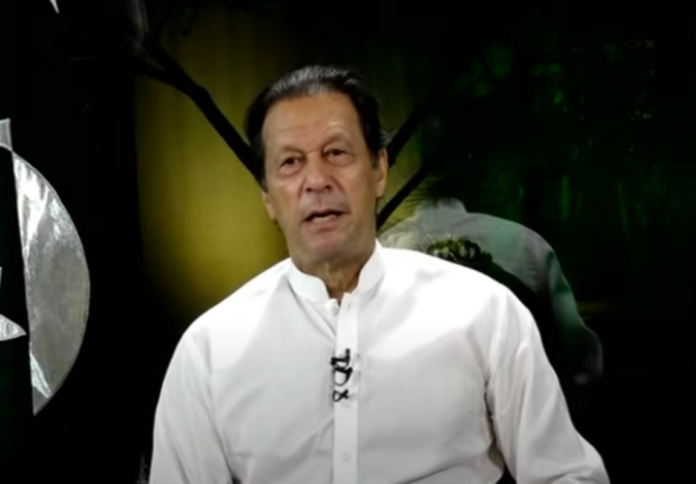 Pakistan Tehreek-e-Insaf (PTI) Chairman Imran Khan has said that he was blamed for making the appointment controversial but he has only spoken for merit.

Talking about the Daily Mail case in London Court he said that Shehbaz Sharif was mistaken in that he will get the decision of his choice from the British court. He questions how would overseas Pakistanis and foreigners invest here when the money of the ruling elite was outside the country.

He criticized the Sharif family saying that the family of thieves was making decisions for the country. he said that Nawaz Sharif had fled the country after lying while Ishaq Dar came back after getting NRO.

Addressing the participants of the long march at Lala Musa he said that he did not want to appoint people of his choice but meritocracy should be adopted. He said that neither he needed any judge of his choice nor the NAB Chairman.

Imran said that such a person has been appointed IG Islamabad and was to be punished. He said that the inflation skyrocketed soon after the corrupt came into government.

He also said that Hasan Nawaz had told that he had purchased the property in London for 10 billion but he didn’t tell where from the money had come.

Criticizing the ruling coalition he said that they have been unable to control the economy as inflation has been on the rise, and the rates of electricity and fuel have been continuously increasing.

He said that IMF was in the PTI period as well and there was an international inflation trend due to COVID-19 but the industry was on the boom in that period. PTI government had provided relief despite those circumstances.

He added that the industry has been closing while investors were taking their investments abroad.

The long march of PTI has reached Lala Musa. PTI Vice President has been leading the march on GT Road. Other PTI leaders including Yasmeen Rashid, Shafqat Mahmood and others were also present in the container.

While the other rally of PTI’s long march from Faisalabad reached Jhang via Toba Tek Singh. Asad Umar, Farrukh Habib and other leadership of the party are also present on the container.