Blue economy and the need for aligning maritime policy

“For Pakistan, parallel development in the green and blue economy is indeed the right way forward” 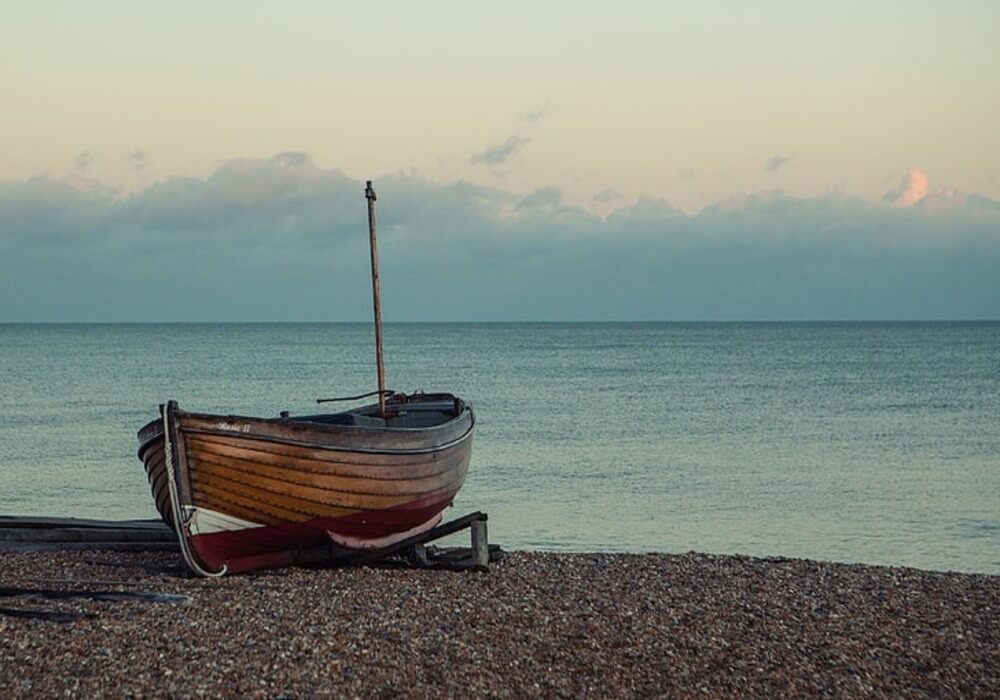 The seas envelop approximately 71 percent of the planet’s surface and have shaped human civilization for millennia. Presently, about 60 percent of the global population lives in littorals (close to the shore). Seas hold vast reserves of untapped economic resources and have structured the globalized world that exists today. The optimal exploitation of maritime potential by the implementation of inclusive maritime policy is the key ingredient of prosperity for any maritime nation in the modern age.

The Blue Economy was first conceptualized by Gunter Pauli in 2010. It was envisioned that the Blue Economy is an efficient solution to deal with the economic and food requirements of a growing human population. The World Bank defines the Blue Economy as, “The sustainable use of ocean resources for economic growth, improved livelihoods while preserving the health of the ocean ecosystem.” The Blue Economy is compatible with the five Sustainable Development Goals (SDGs) proposed by the United Nations – namely the alleviation of poverty, good health and well-being, innovation and infrastructure development, measures against climate change and conservation of life below water.

The concept of the Blue Economy has influenced maritime policies around the globe. With the growth of human population, the dependency on oceanic resources is increasing day by day. The Global Ocean Economy value was about 1.5 trillion dollars in 2010. This figure is likely to exceed three trillion by 2030. Similarly, by 2030, the productivity of the Blue Economy is expected to surpass that of the Green Economy.

The key aspect of the Blue Economy is ‘sustainability’. It comprises traditional maritime financial practices including extraction of maritime resources, maritime transportation, coastal tourism, but within the framework of sustainable environment-friendly obligations. Moreover, it also deals with encouragement of emerging concepts like aquaculture, desalination, blue-bio technology and renewable marine energy generation, for enhancing ocean-based economic benefits without threatening the marine ecosystem.

Pakistan, with an approximately 1001 kilometres long coastline, enjoys sovereignty over a resource-rich maritime area of approximately 290,000 square kilometres. Pakistan offers feasible sea connectivity to the land-locked Central Asia, and an alternate route to China and even Russia for reaching the Indian Ocean. Key Sea Lines of Communications (SLOCs) pass through Pakistan’s maritime area of interest. Moreover, Pakistan’s proximity with the strategically important Strait of Hormuz further augments its importance. In sum, Pakistan has all the credentials necessary to emerge as a dominant maritime player. Despite favourable conditions, Pakistan is yet to fully harness its maritime potential.

The country’s existing maritime policy was crafted in 2002. It calls for investment in maritime technology, sea-borne trade, oceanic research and off-shore exploration. It also gives a mechanism for securing ocean-based economic and strategic interests. Recently, the establishment of the Gwadar port project – the crown jewel of the $62 billion China Pakistan Economic Corridor (CPEC) – is being anticipated to uplift the national economy by developing maritime connectivity with key commercial node points and improving the sea-based national economic sectors. However, a national maritime policy, updated as per modern benchmarks, is still required to actualize Pakistan’s maximum maritime capacity. In the past two decades, the global maritime dynamics have changed significantly. Evolving concepts like the Blue Economy, now necessitate application of a duly-revised maritime policy. The technological advancements have improved the methodology of exploiting the maritime resources. The importance of the Blue Economy for Pakistan can hardly be overstated. For Pakistan, parallel development in the green and blue economy is indeed the right way forward. Growing population demands, depleting land resources and a policy shift from geopolitics to geo-economics, further require the establishment of a blue economic model with respect to national requirements. In realization of these imperatives, Government of Pakistan declared the year 2020 as ‘the year of the blue economy’.

The emphasis on institutionalization of maritime knowledge can play pivotal role to facilitate the formulation of a modern national maritime policy based upon principles of the Blue Economy. Several institutes, like the National Institute of Maritime Affairs (NIMA) and the Pakistan Navy War College (PNWC) etc, are also contributing to enhance maritime awareness, promote the blue economy, and explore challenges and opportunities as per evolving geopolitical, geo-economic and geostrategic dimensions of maritime arenas. Since 2017, the Pakistan Navy is conducting the premier Maritime Security Workshop (MARSEW).

The workshop brings together state officials, academicians, media representatives, and senior military officers at one forum to discuss and explore the national maritime aspects. The fourth MARSEW – termed as MARSEW-4, will be organized in December 2021 with the theme, ‘Blue economy, the future of Pakistan’. It will comprise of on-campus and off-campus phases. The on-campus phase will be held within the premises of the Pakistan Navy War College (PNWC), Lahore, and will include table-top discussions, seminars, presentations, and similar interactive academic sessions. The off-campus phase will involve visits to naval installations, naval assets and other maritime infrastructure in order to develop better familiarity and understanding about physical aspects of the national maritime domain. The purpose of this MARSEW is to encourage maritime awareness, give insight about the blue economy, and evaluate the opportunities and challenges which deal with Pakistan’s maritime domain.

The awareness and knowledge about maritime affairs act as building blocks on which maritime policy is established. For progression, it is important to sustain synchronization with evolving concepts. It must be taken into account that the entire maritime edifice relies on exercising of credible maritime policy. Therefore, the need of the hour is that Pakistan must align its maritime policy based upon principles of the Blue Economy for secure, sustainable and efficient utilization of the maritime sphere.