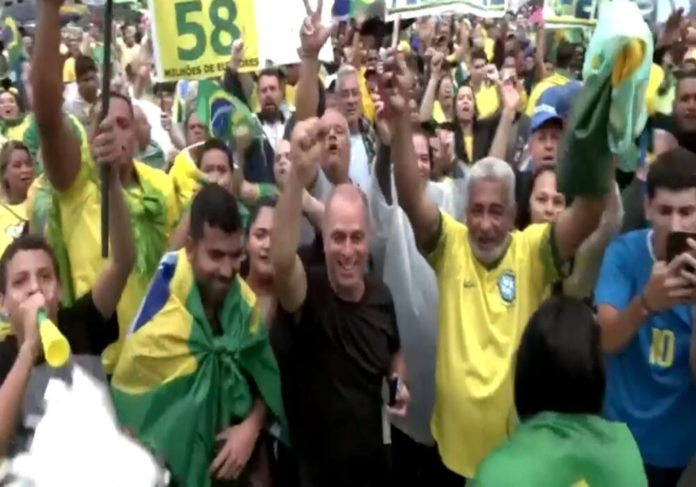 As per a Reuters report, a protester stated, “We hope the army will intervene in this situation, we know that those elections were fraudulent.”

Bolsonaro had made numerous baseless claims about the electoral system before Sunday’s vote.

According to the Brazilian online media portal G1, Similar rallies were held in 24 of Brazil’s 26 states, as well as the capital Brasilia.

Regarding the situation, Brazil’s Defense Ministry stated that peaceful demonstrations are part of freedom of expression under Brazilian law, adding that “the Defense Ministry is guided by the Federal Constitution.”

Bolsonaro has maintained close ties with the military since his election in 2018, winning the political support of some of the high command. He has frequently waxed nostalgic for the 1964-1985 military dictatorship, as have many other politically conservative Brazilians.

Paulo Chagas, a retired cavalry General stated, “The military knows full well what their duty is: the constitution does not allow them to intervene in politics.”

Lula, on the other hand, was imprisoned in the 1970s for organizing protests against the military regime.