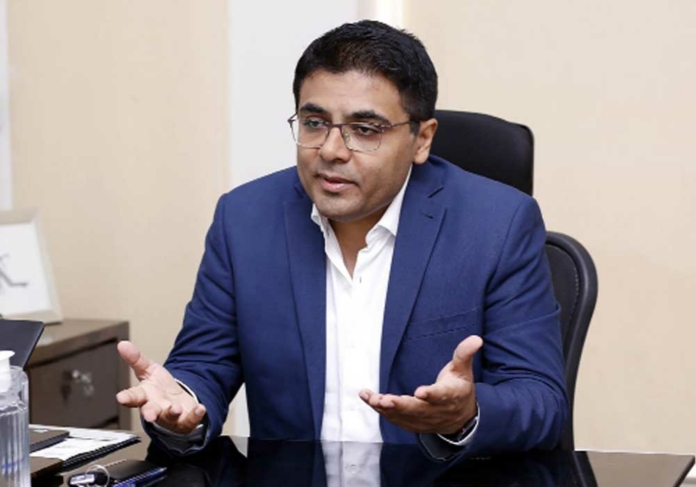 After serving 15 years in different companies, Anwar Kabir decided to start his own business and established a company namely ‘Brand Spectrum’ -a digital marketing company.

It was what he said “jumping from the plane”.

There was no break-even for almost a year after starting the business as no profit was coming despite Kabir and his three-member team working hard and putting their money at risk. They faced trouble in human resources as finding the right people for the right job to provide quality service caused their setbacks in the beginning.

But Kabir never gave up and continued their struggle, and within just five years of time, they made it a success story for many others who want to become entrepreneurs.

Now, Brand Spectrum is at a stage where one-third of its total revenue comes from overseas clients. It not just motivates global companies to market their brands in Pakistan and at the international level but also caters to their needs to introduce their products all over the world.

“You face a lot of challenges and sometimes you fail to even do break-even when you start a setup, but consistency and quality of service is the key to success,” says Anwar Kabir while exclusively talking to MinuteMirror.

It is the secret, Kabir says, that is behind the success of his company.

“Can you believe that Brand Spectrum is getting awards continuously for the last three years?” he says, triumphantly. He says they make PR strategies and deal with local and international clients by adopting “integrated marketing approaches” and successfully showcase their brands before the targeted audience or the way their clients demand.

Anwar, who works with Pakistan-US Business Forum besides teaching at LUMS Suleman Dawood School of Business, explains the idea of tapping a new opportunity of creating a “fusion” by observing the companies’ demand for digitalization emerged in his mind in 2015.

“We thought of creating a fusion of digital marketing, public relation, influence marketing and content creation. So we created a fusion of all these brands and launched the company,”.

The things that make Brand Spectrum different, Kabir asserts, is that it is a “one-stop-shop” as they provide digital services to its clients, and support them in public relation, thought leadership, crisis communication, advocacy and many other areas.

He also says that they also help the companies in lobbying.

Highlighting the significance of influencing, Kabir says that it has brought a revolution across the world and they are a larger player in that area too in Pakistan as the bloggers and key opinion leaders are engaged to spread brand messages and narrative on Facebook, Instagram and other social media platforms.

“So, we are the agency of choice for some top brands in Pakistan,” he adds.

Answering a question if Brand Spectrum is facing any competition or challenges amid fast-changing technology, the CEO says, “There is a huge competition because there are many players in the business, they are in. That’s it.

To be ahead of the curve, all companies constantly need to focus on their improvement. So, we also make efforts and try to improve ourselves. For this, there are many key facets like Data Sciences, Machine learning and Artificial Intelligence, and there is an opportunity for our company to adopt all these new technologies and we are going to embrace all these areas,”.

He states that they are developing their software and AR machine learning and bringing solutions which could provide quality services to their clients locally and at the international level.

To a question on how the youths could successfully become entrepreneurs, Kabir points out the gap between academia and the industry and emphasizes bridging that gap between both sides.

“There is a huge need to fill the gap between the academia and the industry because the requirement of the industry is far ahead of the students coming from the educational institutions,” he says, adding that the universities should produce such graduates who should fill that gap.

He also says, “For some disciplines, for example, people talk about Web 3 0 Point and block chain. This is now a global reality; many opportunities are there; global unicorns will be discovered and are also being discovered. If we really want our students to create an impact in these areas then we have to prepare them. And their orientation should be global, so they could excel at both local and the international level.”

In his view, India’s IT exports are more than Saudi Arabia’s oil export but he regrets that Pakistan, perhaps, has missed that train.

Talking about his association with Pakistan-US Business Forum, Kabir adds that they encourage the companies on both sides and play their roles to facilitate them.

“The US is the biggest export market and that is also the destination of our major exports. There is also a big IT opportunity in the US. The basic objective of the forum is to strengthen the business ties and to get them multiplied for the interests of the business communities on both sides. So, this is the role of the forum,” he says, pointing out that hard work could lead them to success.

For success, one has to pay on a daily basis,” he concludes.