Croatia score all four of their spot-kicks as Rodrygo denied by Livakovic, with Marquinhos' effort striking the post 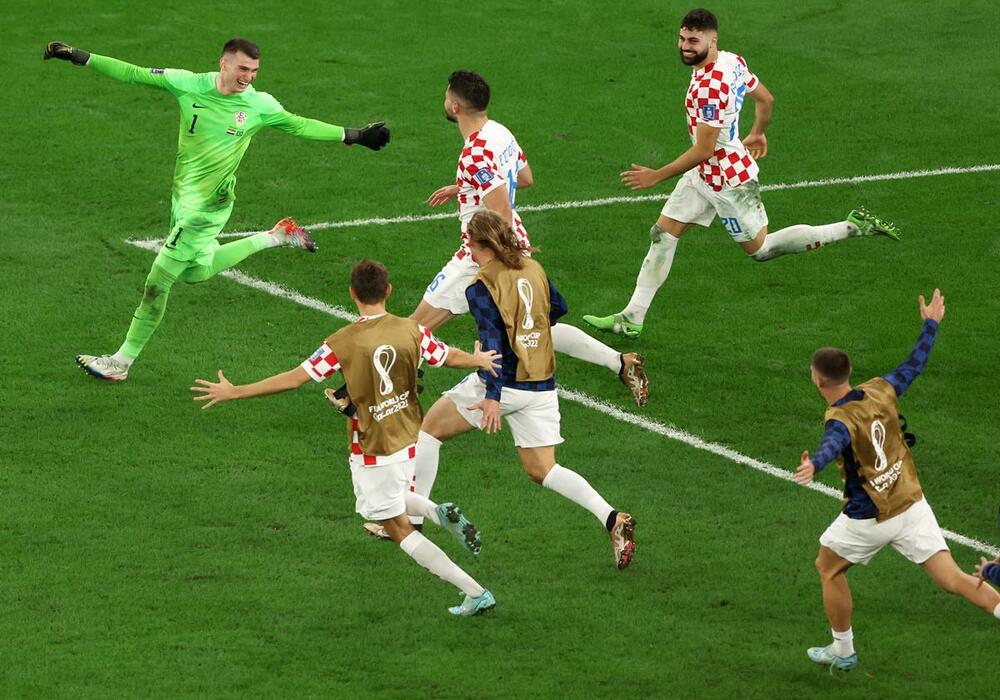 Tournament favourites Brazil were knocked out of the World Cup on penalties as Croatia kept their nerve to edge through to the semi-finals.

Croatia, beaten finalists four years ago, scored with all four of their spot-kicks as Rodrygo was denied by the brilliant Dominik Livakovic and Marquinhos’ crucial fourth effort struck the post. As the ball hit the foot of the woodwork and bounced away, Croatia’s team sprinted to celebrate with their goalkeeper, while the Brazil players hit the turf, knowing their dream of a sixth crown had come to an end.

After an engrossing 90 minutes, Tite’s men thought they had won it in extra time when Neymar scored a thumping effort to equal Brazil’s ‘official’ men’s goalscoring record.

But substitute Bruno Petkovic had other ideas, stroking in a 116th-minute equaliser with Croatia’s first shot on target in the match to take the game to the nerve-shredding shootout. This wasn’t in the script. Brazil were supposed to dance through to the last four in their quest for another star on their shirt but their hopes were ended in the cruellest fashion.

Since beating Germany in the 2002 final, they have been knocked out of five successive World Cups by a team from Europe. This was supposed to be Neymar’s moment, standing up for his side when they needed him most with a clinical finish to complete a slick team move, but he was left in tears after the shootout.

He should have won it for them in normal time but neither he nor Lucas Paqueta could find a way past the inspired Livakovic, who made a total of 11 saves, the most by a goalkeeper at this tournament.

Though most were routine, Livakovic had to be in the right place at the right time to make the stop and he certainly was with Brazil’s first penalty, diving the right way to push out Rodrygo’s strike. Croatia are a well-organised and stubborn outfit, but they did not manage a shot on target until four minutes from the end of extra time, as Petkovic’s side-footer beat Alisson.

Zlatko Dalic’s men displayed their mental fortitude and powers of endurance once more to go through – as eight of their past nine knockout matches at major tournaments have now ticked into extra time.

Once this one went to penalties, Nikola Vlasic, Lovro Majer, the evergreen Luka Modric and Mislav Orsic were all successful with their efforts to take Croatia through to their third World Cup semi-final. Agencies