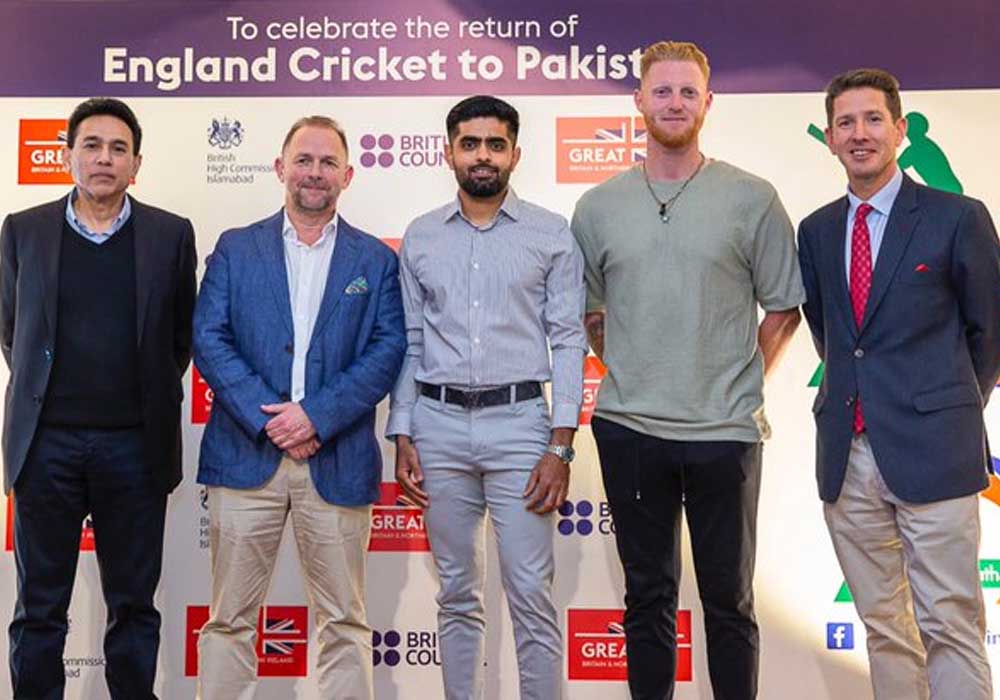 The British High Commissioner had organized the ceremony during the England cricket team’s tour to Pakistan after 17 years.

British High Commissioner Christian Turner during the ceremony showed his admiration for Babar Azam and Mohammad Rizwan’s abilities and said that Shaheen Shah Afridi’s absence will be detrimental.

He announced that the British women’s cricket team will also travel to Pakistan.

Christian Turner also tweeted in which England and Pakistan captains Ben Stokes and Babar Azam can be seen.

Earlier, England Cricket Team Captain Ben stocks announced on Twitter that he is donating his match fees from the Pakistan-England test series to the Pakistan flood appeal.

Stokes in his tweet also stated that the floods that devastated Pakistan earlier this year were very sad to see and had a significant impact on the country and the people.

“The game has given me a lot in my life and I feel it’s only right to give something back that goes far beyond cricket. I will be donating my match fees from this Test series to the Pakistan Flood appeal,” the player said.

I’m donating my match fees from this Test series to the Pakistan Flood appeal ❤️🇵🇰 pic.twitter.com/BgvY0VQ2GG

The England team is currently in Pakistan to play a three-match Test series from 1st December.

The first match of the series will take place at Rawalpindi Cricket Stadium while the second and third will be played in Multan and Karachi respectively.