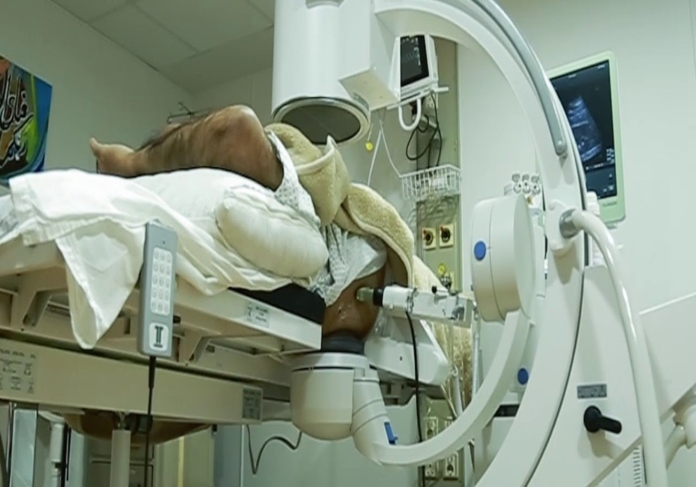 The only lithotripter machine installed at Urology Department, Chandka Medical College Hospital (CMCH), Larkana, has been dysfunctional for over three months, causing hardships for kidney-stone patients to arrive from far-flung areas to get their stones removed through modern laser technology.

In this connection, it was learnt on Sunday that shockwaves of the machine were exhausted, which were due to be given by the suppliers who also carried out its maintenance annually. The affected patients came to get their small kidney stones removed. The procedure has required the latest technology in three to five sittings without operation, thereby saving their kidneys. The patients would reach here from across the five districts of the Larkana division and other nearby districts of Balochistan as CMCH was claimed to be the largest teaching hospital of rural Sindh, having over 1700 beds.

Prof. Malik Hussain Jalbani, retired urology department head, stated that the said lithotripter machine was installed in 2007-08. According to the guidelines, it could remove kidney stones up to one centimetre. Higher weight stones would need Percutaneous Nephrolithotomy (PCNL) operation.

The machine has been operating for the past 13 years and had completed its working age, for which a list of seven to eight patients was made daily for the removal of kidney stones through the lithotripter, and no fee was charged from anyone.

Meanwhile, one major urological operation of PCNL has not yet been restored despite the passage of over one year due to the shifting of the department from the existing building to the dental department building on the pretext of repair and renovation. Four other significant operations have been restored, which were halted for over six months for the same reason, which included Transurethral Resection of Prostate (TURP), Transurethral Resection of Bladder Tumor (TURBT) and Urethroplasty, reliable sources claimed. Worst affected were the patients, who were forced to go to Karachi, Hyderabad, Gambat and elsewhere for their needful operation, which cost them more in the prevalent inflation.

CMCH Medical Superintendent Dr Abdul Sattar Shaikh said that the contract for maintenance and supply of shockwaves of the lithotripter had been awarded. The contractor has committed that by November 19, the lithotripter machine would be made operational. He said very soon the urology department would return to all its activities in the original building as repair and renovation work was over 80 percent completed. He said he was trying his best to replace all the CMCH outdated equipment, instruments and types of machinery, for which he would write a detailed letter to the health department to release funds.