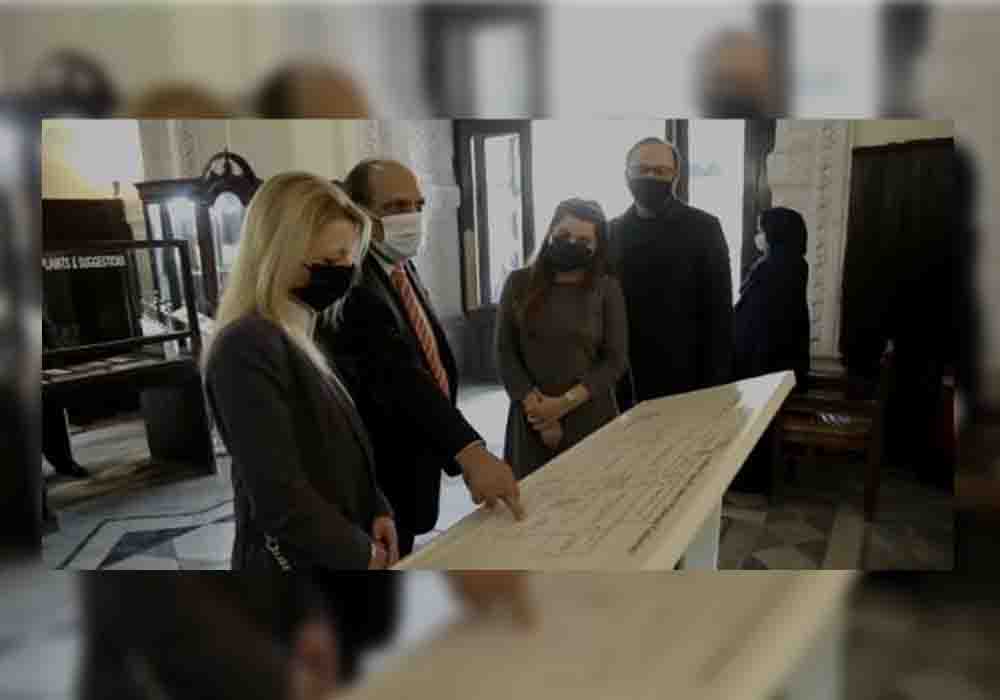 Ambassador of Bulgaria Irina Gancheva visited Lahore Museum and saw its collection of antiques, and termed the museum a â€œcradle of cultural historyâ€.

Lahore Museum Director Ejaz Ahmad Minhas received the ambassador and took her on a tour of all the galleries.

The Bulgarian ambassador thanked the director of the museum and said that she was surprised to see the museum’s collections. The ambassador also congratulated Minhas on the way he had preserved and exhibited the antique objects that were millions of years old.

She said, “The museum is commendable. Lahore Museum is the cradle of cultural history. And is one of the best sources of Pakistan’s soft image for the world.”

She congratulated the management of Lahore Museum and said that they deserved all the appreciation for exhibiting thousands of yearsâ€™ old artefacts in the best possible way.

Director Lahore Museum Ejaz Ahmad Minhas said that the management of Lahore Museum was using all its resources to provide the best facilities to the tourists.

“In the last one year, four galleries have been set up in a new style. Tourists are being given free guided tours four times a day. All the protocols of COVID are being strictly enforced in the premises of the museum,” said Minhas.