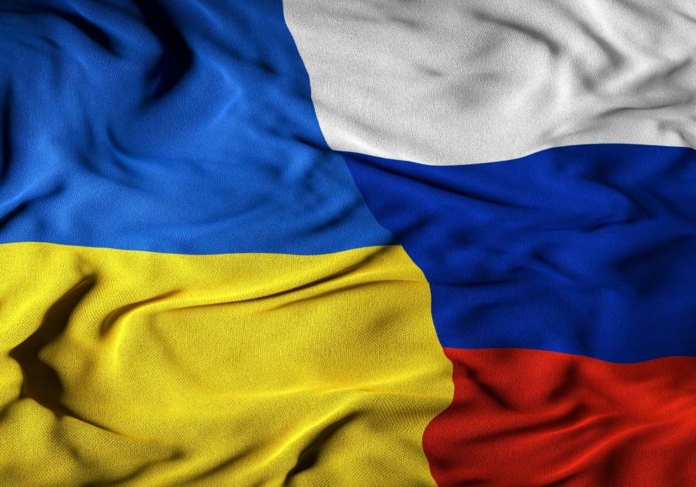 Challenges emerging from the Russia-Ukraine conflict are posing significant risks to the world economy. The cascading effect of this military conflict is now reflecting globally in terms of increased uncertainty, mounting commodity prices, disrupted supply chains and high inflation. Pakistan, with an already fragile economy and alarming financial situation, is more exposed to risks and negative impacts of high international commodity and oil prices—asserting growing pressure on foreign reserves while squeezing fiscal space.

Continuation of the unsustainable economic policies of the coalition government of Pakistan Tehreek-e-Insaf (PTI), during its tenure [16 August 2018 to 9 April 2022], has undoubtedly been triggering macroeconomic imbalances till today. Unfortunately, the situation has further worsened on account of weak and imprudent economic management by the current alliance government of Pakistan Democratic Movement (PDM). Deteriorating exchange rate, high inflation and twin deficits, fiscal and current account are pushing Pakistan towards a frightening financial crisis on external front.

The PDM government inherited a highly vulnerable economy with a current account deficit of US$ 17.4 billion for the fiscal year (FY) 2021-22, with balance for trade in goods and services standing negative at US$ 44.7 billion as on 30 June 2022. Historically, in Pakistan this deficit is bridged primarily through external loans and financings. During its rule, the PTI government added a record US$ 33 billion to outstanding external debts. This reckless borrowing was made in a most inefficient manner, which is testified by the Annual Debt Review & Public Debt Bulletin (FY 2021-22) [hereinafter “the Review’].

The Review says that Pakistan’s external public debt stood at US$ 88.8 billion on 30 June 2022. The horrifying level of external debt coupled with current account deficit has been of continuous risk to fiscal space, with foreign exchange reserves touching alarmingly low points. The debt payments that were due in short term created a liquidity crunch, which consequently destabilised the exchange rate as well as adversely affected the overall economic position.

The external public debt includes around 48% from multilateral loans, 30% from bilateral loans, and 22% from commercial sources like banks, Eurobonds and Sukuks as on 30 Jun 2022. The profile and tenor of debt plays a critical role as a measure of prudent financial management. The Ministry of Finance (MoF) set a benchmark of 6.5 years for Average Time to Maturity (ATM) of external debt. However, the target ATM for external debt was 7 years for FY 2022, whereas in actual the ATM external debt declined to 6.2 years, which shows that the PTI government had been incompetently managing the treasury operations thereby putting foreign reserves under immense pressure. The Review states that government borrowed huge amounts by raising debts from commercial sources including medium to long-term Eurobonds, and short-term bank loans.

Eurobonds generally have tenures of 5 and 10 years, whereas bank loans typically have maturities of 1- year. Interestingly most bilateral loans obtained in recent years have relatively shorter maturities. Accordingly, Pakistan had to reach out to friendly countries and other lenders to bridge the gap and cover short-term liabilities.

The depleting forex reserves have forced the incumbent government to take aggressive measures in order to reduce outflows and flight of dollar. It has taken a number of steps which include imposing import restrictions, increasing margin requirement and imposing of duties. These measures have created some breathing space and during July to October 2022, trade deficit is reduced to US$ 11.53 billion as compared to US$ 15.62 billion for the same period in FY 2021, which shows an improvement of 26% in dollar terms.

Import ban by the PDM government intended to create fiscal space has caused huge financial losses to traders as well as the state treasury and has pushed the economy towards zero growth. Increased costs have resulted in the closure of many businesses. In these circumstances,  the cost of 4.5 billion dollars currency swap facility issued by the Chinese government for repayment of debt, as reported by the media, has gone up to 39%.

At the same time, figures released by State Bank of Pakistan (SBP) related to external debts show some improvement and the total outstanding external debt as on 30 September 2022 reduced to US$ 126.9 billion compared to US$ 130.19 as on 30 June 2022. The Federal Finance Minister, Muhammad Ishaq Dar, in his recent Press conference reported in various media outlets made a claim of reduction in the country’s external financing requirements as compared to initial estimates. He further ruled out “rumours” about Pakistan’s perceived default in the light of data provided by one brokerage house. The said house claimed that recently a significant spike observed in the 5-year credit default swap (CDS) rate, worsened to 75.5%, owing to uncertainty over the International Monetary Fund’s Ninth Review. This delay has been substantially increasing Pakistan’s perceived risk of default.

Ishaq Dar also refuted the rumors regarding non-payment on redemption of US$1 billion Sukuk bonds due on December 5, 2022. He insisted that Pakistan never defaulted except in 1971 on a small amount saying: “I want to categorically state that the bond will be paid, and there is no possibility of delay”.

The Finance Minister has claimed making arrangements for the principal for external debt repayments during the next one year. He did admit that difficulties were being faced by his ministry for arranging the required loan and said that Pakistan so far could arrange only US$4.2 billion in terms of payment of foreign loans during July-October 2022, which is around 19% of the annual budget.

Pakistan’s economic challenges are increasing with every passing day. Ishaq Dar claims to have 25-years of experience in dealing with IMF and other lenders. However, despite being in office since last week of September, Ishaq Dar has failed till today to schedule the visit of IMF delegation to Pakistan for Ninth Review. Pakistan is expecting this visit by end of this month subject to making fiscal adjustments as demanded. However, no final date for the arrival of the delegation is yet finalized.

It appears that Ishaq Dar has neither been able to convince global lenders for granting any waiver or concession even in the wake of unprecedented floods causing loss of about US$ 30 billion, nor being able to run MoF the way he wants. Dollar which he claimed in various interviews would be under Rs. 200 at the end of October 2022 is now being traded at over Rs. 225 interbank while in the open market it is even higher.

The only way out is that the government should focus on increasing exports as well as introducing structural reforms to curtail circular debt, trade deficit as well as current account deficit. Aggressive actions along with destructive effects of floods have impeded the overall economic activity in the country. The Foreign Ministry in this situation has a major role to play to convince friendly countries for their help in these extremely difficult times. Further, it should also persuade the main stakeholders to convince IMF for early completion of Ninth Review and release of the next tranche without imposing harsh conditions on an already financially struggling overwhelming majority population.