By-polls’ result to decide who will rule Punjab 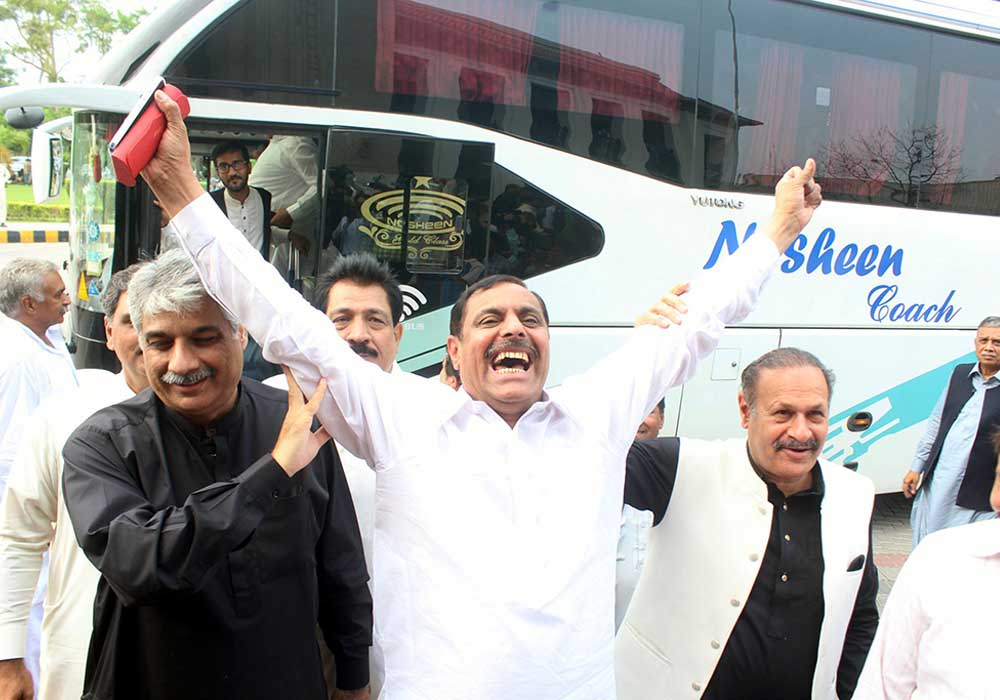 All eyes are now on the results of by-elections to be held on July 17 to get the throne of Punjab.

The apex court has ruled to conduct the reelection of the Punjab chief minister after the results of by-elections are announced. Now, the reelection will be held on July 22 as both the parties reached a settlement on the intervention of the Supreme Court.

Earlier, the reelection was scheduled to be held on Friday, July 1, in Punjab Assembly, but both the Pakistan Tehreek-e-Insaf (PTI) and The Pakistan Muslim League-Quaid (PML-Q) approached the Supreme Court against the judgement of the Lahore High Court passed the other day. The PTI and the PML-Q were of the view that their 6 to 7 MPAs were abroad and therefore the reelection shouldn’t be held in their absence. The court summoned Hamza Shehbaz and Ch Parvez Elahi (both the candidates for the coveted office) at the SC’s Lahore registry to take a unanimous decision over the issue. Both the candidates agreed on the date of July 22 to hold the reelection of Punjab CM and until then Hamza would hold the office. 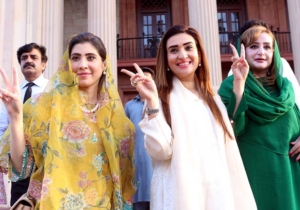 Now, the fate of Punjab will be decided by the result of by-elections to be held on 20 seats of the provincial assembly. The by-elections got importance of a mini general election, as both the parties will have to prove their majority to get the coveted office of the province. The current numbers game in Punjab Assembly reveals that Hamza Shehbaz is a little bit ahead of Parvez Elahi. The ruling alliance consists of 165 MPAs of the Pakistan Muslim League-Nawaz (PML-N), seven MPAs of the Pakistan People’s Party (PPP), 1 of Rah-e-Haq party and four independents. The tally of Hamza-led alliance is 177, as another dissident Faisal Niazi is also back.

On the other hand, the opposition alliance consists of 158 MPAs of the PTI and 10 MPAs of the PML-Q. If the PTI manages to get back all the 5 reserved seats to its fold, its tally will reach 173. It is worth mentioning here that the magical number of 186 is required to attain the simple majority of the House. So, the ruling alliance needs to win 9 out of 20 seats in the by-elections. Similarly, the opposition will be required to clinch 13 seats in the by-elections scheduled for July 17. Now, it all depends on the results of by-elections and therefore the main leadership of both the parties is seen busy in the electoral campaign.

PTI Chairman Imran Khan had already visited all the four constituencies of Lahore where the by-elections were being held, and he would also be visiting other cities too.

Some lawmakers of the PML-N and the allies reached Punjab Assembly on a special bus from a private hotel where they were residing collectively. The MPAs of PTI were less in numbers as compared to the PML-N lawmakers. 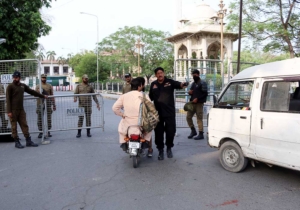 Both the candidates, Hamza Shehbaz and Parvez Elahi also reached the Punjab Assembly after the adjournment of the hearing at the Supreme Court. Talking to the media outside the Punjab Assembly, Hamza Shehbaz said that the province is facing a severe constitutional crisis for the last few months. “First, the election was postponed and then we had to wait for the oath. These constitutional crises made world record,” Hamza said. He added that he was ready for the election at any time, as he had the required numbers. I’ll accept the results whatever they will be on 17th or 22nd July, Hamza said.

Parvez Elahi was also satisfied with the decision of the apex court passed. “It is not the victory of any political party as it is the win of justice today,” he said while talking to journalists. He added that he would accept the result of the CM’s election whenever it was held.