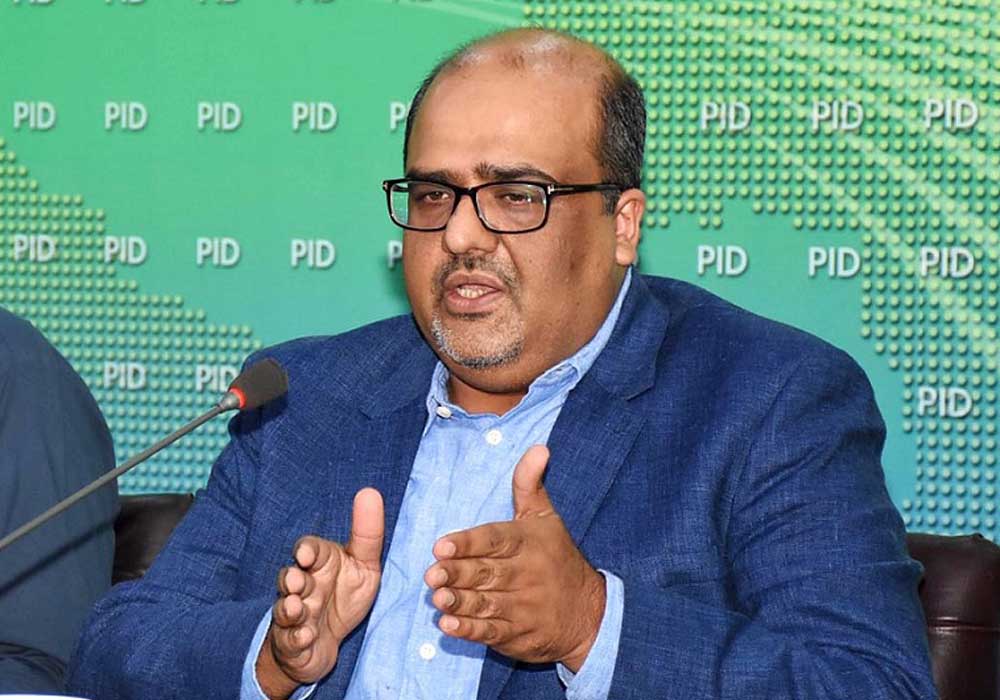 The federal cabinet on Tuesday approved placing the names of 10 individuals, including former prime minister Imran Khan’s adviser for accountability and interior Shahzad Akbar, on the Exit Control List (ECL), on the recommendation of the Interior Ministry.

The cabinet also endorsed removing names of 22 people from the no-fly list and gave permission to allow three individuals to go abroad one-time only.

On April 17, Akbar departed for Dubai after his name was removed from the Federal Investigation Agency’s (FIA) ‘stop list’ on the order of the Islamabad High Court (IHC).

According to reports, Akbar departed via Islamabad International Airport for Dubai on an international airline at 3:30am, from where he was expected to depart for the United Kingdom.

On April 12, IHC suspended the FIA’s notification of a flight ban on former PM’s aides Shahbaz Gill and Shahzad Akbar. The two PTI leaders had approached the court, requesting it to lift the ban.

The cabinet also approved listing the name of Ziaul Mustafa Naseem on the ECL on the recommendation of the National Accountability bureau (NAB).

The meeting of the federal cabinet was chaired by Prime Minister Shehbaz Sharif at the PM’s House in Islamabad, which discussed the current political situation in the country and other matters of importance, the PM Office said.

The cabinet was given a detailed briefing by the Ministry of Climate Change on the impact of climate change in the country.

Pakistan had been included in the list of top eight worst climate-affected countries of the world during the last 10 years, which is a matter of grave concern, whereas it had added only 1 per cent of emissions when compared with the rest of the world’s emissions, aggravating the global warming impacts, it was told.

The climate changes had also badly affected the natural resources of Pakistan and the increase in population was one of the main reasons, the cabinet members were informed.

It was underlined that there was a dire need for immediate implementation of the “mitigation and adaptation” mechanism in this regard.

It was suggested that a documentary highlighting awareness over issues confronted by Pakistan, and the steps taken to reverse climate change effects, and COP-27, might be presented at the global fora.

It was also emphasised upon the need for adoption of international-level and contemporary latest scientific measures. The cabinet agreed that the duration of the public service messaging on TV channels should be effectively ensured to overcome these issues.

The cabinet also stressed upon the planning of rain harvesting on war footing and a suggestion was considered over the commencement of a pilot project in Islamabad under the same project.

Shehbaz said that climate change, water security and food security were three interconnected challenges and to cope with these issues, they would have to take immediate steps to save the future generations from their impacts.

The cabinet also granted its approval to the Ministry of Finance’s recommendation regarding the fixation of the minimum limit of Diyat amount for the year 2022-23 equal to 30,630 gram of silver, which amounted to more than Rs430,000, approximately.

The cabinet also unanimously rejected a summary of the Ministry of National Health Services, Regulations and Coordination regarding increasing the maximum retail price of 35 drugs, and directed that no change of any kind in the prices of medicines should be made without the approval of the federal cabinet.

The cabinet also ratified the ECC’s decisions made in a meeting on August 11, 2022, regarding the issuance of GOP guarantee in favour of the National Bank of Pakistan (NBP) for financing facility of $142.0 million (Aviation).