Several side with journalist, calling out state for silencing journalists 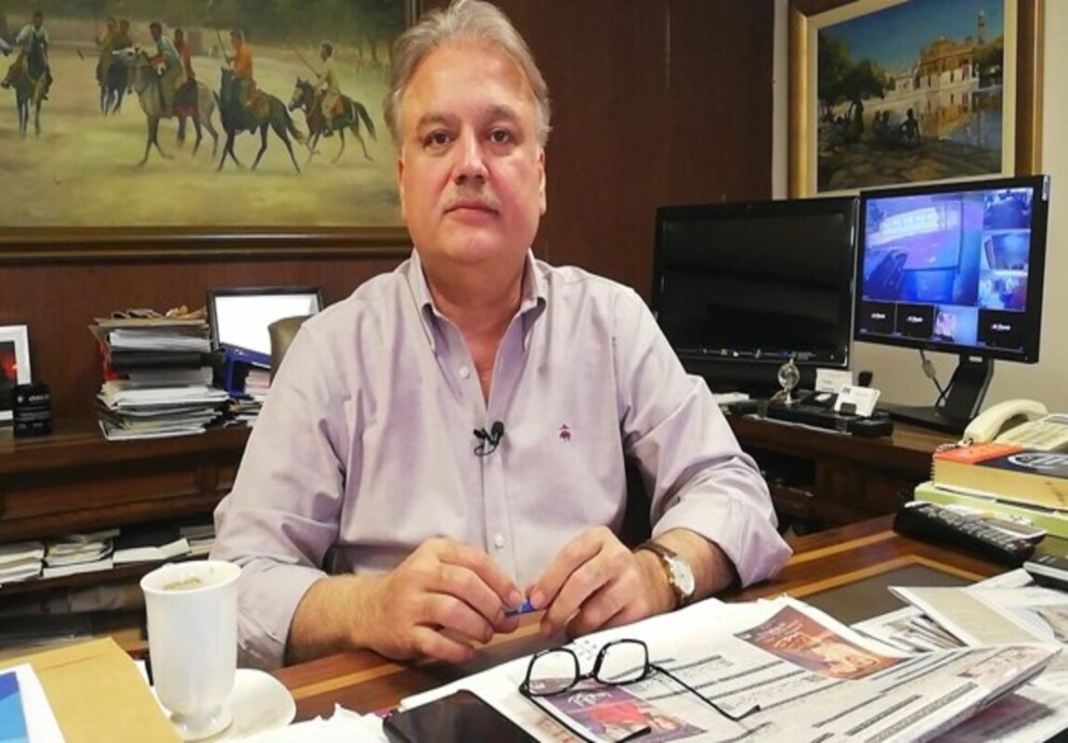 Social media is flooded with scenes from journalist Mohsin Baig’s arrest by the Federal Investigation Agency (FIA), with some condemning his actions against state officials while others calculatedly calling out the raid on his house as mistreatment of journalists in the country.

Details of the incident revealed suggested that Baig was detained by the FIA Cybercrime wing, which conducted a raid on his house alongside police. Speaking with a local TV channel, Baig’s son said that FIA officials raided the house in plain clothes and arrested his father. He said the officials “dragged” the journalist to their van when he resisted during the raid.

On the other hand, footage released by local media showed the journalist opening fire at the FIA officials and injuring one officer. Baig’s son said that they thought the officials were thieves and opened fire on them in defense. However, they later introduced themselves as law enforcement officers at which Baig and his son asked them to show arrest warrants, which they did not have.

Considering the conflicting accounts, the images on social media have polarized the citizenry.

Several journalists came out in Baig’s defense, some in a calculated manner, without condoning his behavior with the authorities.

Veteran journalist Hamid Mir in this regard said that “nobody should violate the law” but the FIA agents had shown up in common attire and refused to furbish their identity documents when asked to do so.

Nobody should violate the law but FIA team was not in uniform. They were asked to show the ID they never showed the ID. https://t.co/jbCsD4CvV7

In a separate tweet, Mir pointed out that Baig was Prime Minister Imran Khan’s friend while posting a picture with the journalist and premier in it as proof.  He said that PM has started turning his friends into his enemies after coming to power.

This is #MohsinBaig arrested today in Islamabad. When ⁦@ImranKhanPTI⁩ was in opposition Baig was very close to him. When Khan became PM he not only started losing friends but converting them into enemies. pic.twitter.com/a1ou7lGgBa

Similarly, notable anchor Junaid Muhammad said that Baig was “no saint” and he was unsure why people referred to him as a journalist. He, however, said that FIA had “just gone rogue and its masters gone bonkers”.

Some were more vociferously against the state’s actions like journalist Munizae Jahangir who said that the situation for media was getting worse. She said that the arrest was condemnable and that the government was deploying law enforcement agencies (LEAs) to terrorise journalists.

Shocking news today, things are getting from bad to worse for the media in Pakistan. #mohsinbaig must be released and we condemn the government for using law enforcement agencies to attack journalists in this manner. https://t.co/xzRdF0CWN1

Journalist Reham Khan also said that she condemned the arrest. She questioned that if someone’s house was stormed the way FIA officials did in Baig’s case, was it a reasonable expectation that they would respond calmly?

Journalist Hamza Azhar Salam also said that the government was silencing critics by using LEAs. He opined that the government’s panic over journalists was reflected in several incidents like the banning of News One and the kidnapping of Sabir Mehmood Hashmi.

Without any warrants or due cause, former PTI supporter #MohsinBaig has been arrested by FIA Cyber Crime reflecting the panic of the government in the wake of criticism.

First News One was banned, then Sabir Mehmood Hashmi was kidnapped, it seems some truths have struck a chord. pic.twitter.com/V6hlorexnU

Then there was a different lot who completely disagreed with Baig and his actions. Several including journalists Imran Afzal Raja and Amnah Jabeen criticized Baig, saying that his actions were tantamount to ‘terrorism’.

Sindh Member of Provincial Assembly (MPA) Arsalan Taj also said that it seemed like he was looking at a terrorist at first. He said that such was the “mindset” of the people who thought they were above the law.

This is Mohsin Baig sahab. Unable to understand what was he thinking while grabbing and torturing Police officer. For a moment I thought that it’s a terrorist with a gun.
That’s the mindset of such people who believe they are above the law. #mohsinbaig pic.twitter.com/fUlu9ZePzC

Mohsin Baig has been arrested.

#JournalismIsNotACrime but passing disrespectful remarks live and firing an inspector of FIA who came to arrest him surely are .
Mohsin Baig can be trailed under anti terror act.#mohsinbaig #Pakistan #ImranKhan pic.twitter.com/d0IpYm0NAI

Journalist Sehar Shinwari, meanwhile, said that the fiasco was a “slap on state and democracy” and if the state continued to allows such journalists to operate, similar incidents would happen.

#MohsinBaig story is a slap on state and democracy of Pakistan. If still they let tokri journalism to continue threatening and blackmailing state, this kinda incidents will happen again and again.

Journalist Ahmad Noorani had a completely different take on the matter and pointed out that Baig was a “regular ISI official serving the organisation for the last thirty years” and wondered how it was possible that the government servant was a journalist.

How a regular government servant with a pensionable job can be a journalist? Mohsin Baig is a regular ISI official serving the organization for the last thirty years. He headed many ISI projects including Online news agency. How he can be termed as a journalist?

The event was the second arrest made by law enforcement agencies in the past week over commentaries against the government. The FIA arrested a social media activist on Monday for running trends against Prime Minister Imran Khan.