Some people climbed on roof and then we saw them jumping down, rescue official 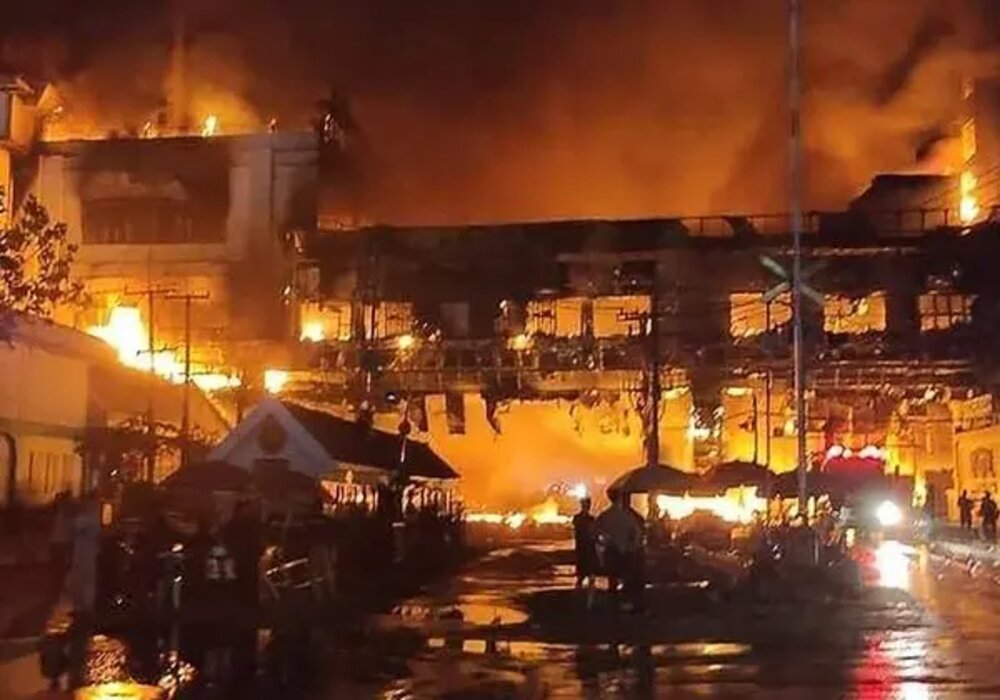 At least 19 people were killed and several others injured in a fire at a Casino in Cambodia and the death toll is expected to rise.

A fire broke out late Wednesday at the Grand Diamond City Hotel casino in The Northwest City of Popate near the Thai border.

“So far 19 people have died while we are still seeing bodies and bones,” said the director of the information department of Cambodia’s Bantei Menchei province, adding that the death toll could be higher.

Volunteers from the Thai rescue group Romkatanio Foundation have been quoted as saying that their team had arrived at the scene around 2 am and saw people jumping off the building.

Videos that went viral on social media showed the Casino building engulfed in flames while firefighters were struggling to control the fire and rescuers trying to evacuate people from the burning building.

Thai authorities have said more than 50 victims were hospitalized.

The Governor of the province said that about 60 more people who were engulfed in the fire were discharged after receiving medical attention in Thai hospitals.

He said that 79 Thai, 30 Cambodians and eight Indonesians were provided treatment facilities in Thai hospitals.