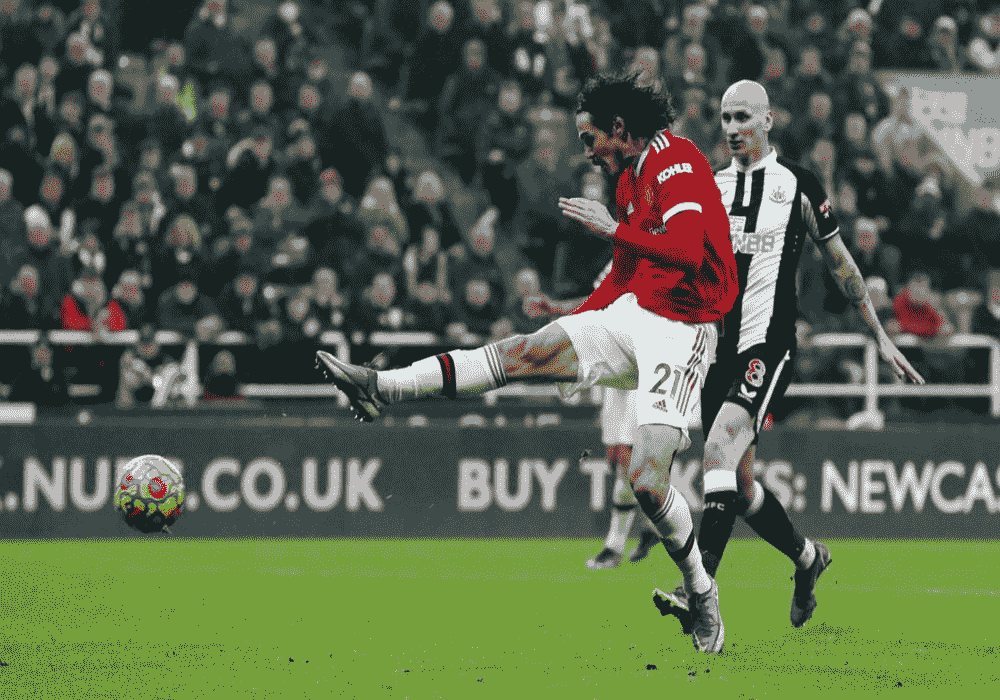 United remain in seventh place in the Premier League, seven points behind fourth-placed Arsenal with two games in hand. Second-bottom Newcastle ended a three-game losing streak, leaving them two points from safety after the most encouraging display of Eddie Howe’s eight-match reign. Raphael Varane returned from injury to replace Lindelof, but United looked rusty after their enforced lay-off and Newcastle took advantage to snatch a seventh-minute lead. Varane carelessly gifted possession to Sean Longstaff and he picked out Saint-Maximin.

The French winger showed his mesmerising dribbling ability as he shimmied past Diogo Dalot and Harry Maguire before steering a fierce strike past David De Gea from the edge of the area. Newcastle were a real threat on the counter and Jonjo Shelvey broke from the halfway line for a 25-yard rocket that De Gea pushed away.

Crucially, Saint-Maximin should have scored with a close-range effort that lacked the power to beat De Gea.

United finally began to emerge from their shell and Marcus Rashford’s dipping shot forced a tip over from Martin Dubravka. Ronaldo’s frustrations boiled over as he was booked for a reckless challenge on Ryan Fraser that had Newcastle baying for a red card. Fraser nearly exacted immediate retribution with a stinging drive which De Gea saved at full stretch. But United equalised in the 71st minute when Dalot’s cross reached Cavani and the Uruguay striker stabbed home at the second attempt after his first effort was blocked. In a dramatic finale, Newcastle’s Jacob Murphy hit the post with a curler before Miguel Almiron’s strike forced a brilliant save from De Gea. AFP