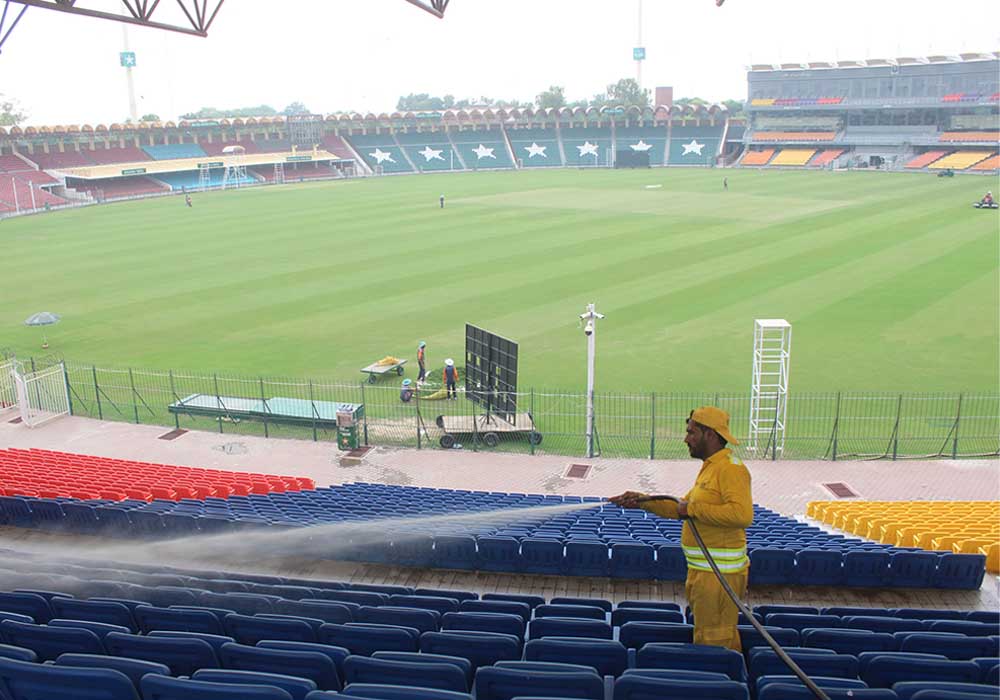 Capital City Police Officer (CCPO) Lahore Ghulam Mahmood Dogar on Sunday visited Qaddafi Stadium to review the security and traffic arrangements made by the Lahore police for the forthcoming three matches of Pak-England International T-20 cricket series to be played in provincial metropolis from September 28.

The CCPO directed police officials deputed there to behave with the visiting people at the stadium in polite manner, saying that Lahore police would ensure foolproof security to the English as well as Pakistani players, foreign officials and media. He said arrangements of security had been made at the residential place where the teams would be boarding, routes, Qaddafi Stadium and its surrounding areas. Heavy deployment of contingents would be made on the route he marked. The teams would be brought to the stadium in strict security tier, he noted.

More than 8,000 police officers and officials would be deputed for the security purpose, he said. Three layers security arrangements would be made for the players, officials and the citizens, he added.