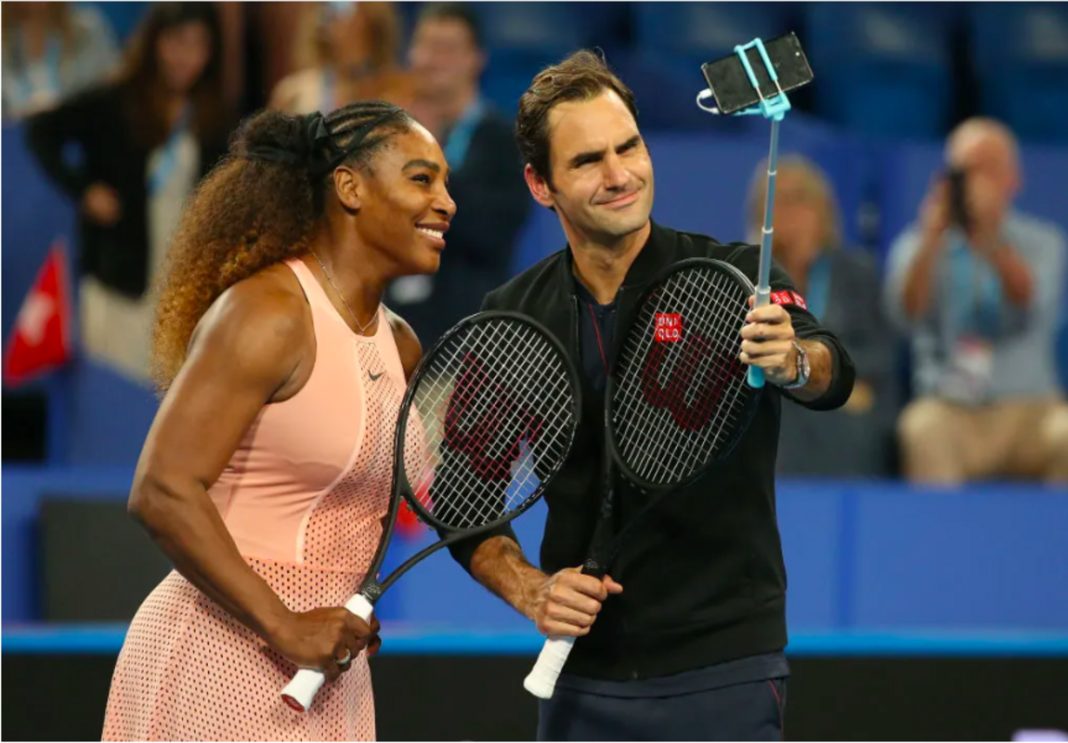 Roger Federer announced that he will retire from playing competitive tennis next week.

On Thursday, Roger Federer penned down a note regarding his retirement after next week’s Laver Cup in London.

The 41-year-old Swiss, who won 20 Grand Slam titles and is widely regarded as the greatest player to ever pick up a racket, hasn’t competed since Wimbledon last year.

Federer wrote on Instagram, “The Laver Cup next week in London will be my final ATP event. I will play more tennis in the future, of course, but just not in Grand Slams or on the tour”

Another all-time great Serena Williams announced his retirement a few weeks back from competitive tennis after a 27-year-long career.

Fans and celebrities across the world have expressed their opinions and emotions on the parallel retirement of two all-time great tennis stars.

Federer’s longtime rival and friend on the tennis court, Rafa Nadal said “I wish this day would have never come”.

Dear Roger,my friend and rival.
I wish this day would have never come. It’s a sad day for me personally and for sports around the world.
It’s been a pleasure but also an honor and privilege to share all these years with you, living so many amazing moments on and off the court 👇🏻

There is an old saying that “Those we love don’t go away they play beside us everyday.” Tennis legend @rogerfederer is one of them. The way he played and ruled tennis courts will be a lasting memory for all of us. A role model to the core, Federer will always rule our hearts. pic.twitter.com/5uSFPM9BwY

A fan made a beautiful video edit to pay tribute to the tennis legend.

to roger’s everlasting poetic, beautiful, powerful tennis. roger federer you transformed this sport into your art and inspired & enthralled so many people.

we’ll tell them how the crowds went wild and how you hope they’ll shine! <3 pic.twitter.com/KwOKNBxSwG

Bill Gates wrote in his tweet, “You’ve been an inspiration to an entire generation of tennis players”.

You've been an incredible friend to me and an inspiration to an entire generation of tennis players. I'm lucky to have seen you work your magic on the court many times. And I'm excited to watch your philanthropic work grow in this next phase of your life. https://t.co/lAWC14Ho1B

Roger, congratulations on a remarkable career! It’s been an honour to watch you on court. Enjoy retirement, and I look forward to seeing you at a few more F1 races in the future! pic.twitter.com/4zG1AVhkeg

What a career, @rogerfederer. We fell in love with your brand of tennis. Slowly, your tennis became a habit. And habits never retire, they become a part of us.

Thank you for all the wonderful memories. pic.twitter.com/FFEFWGLxKR

A fan on Twitter wrote her opinion on Serena Williams’s retirement.

First Serena Williams announced her retirement now Roger Federer?
Kai, the end of an era.
Those two made me pay attention to Tennis even though I'm not a fan of the sport.

Tennis will never be the same again, says a fan after Serena and Federer retire.

Tennis is losing Roger Federer and Serena Williams to retirement in the same year. The two 🐐 🐐

Tennis may never be the same again.